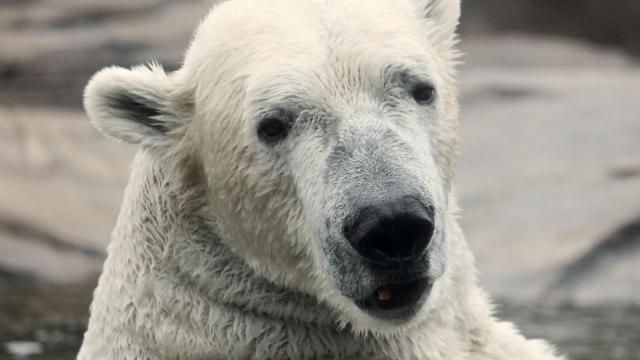 Asheboro, N.C. — The North Carolina Zoo has added a male polar bear, and officials said they hope it will breed with the female polar bear already at the zoo.

Nine-year-old Nikita came to the zoo in Asheboro from the Kansas City Zoo, where he had been since 2010. His move was recommended by the Association of Zoos and Aquariums’ Species Survival Plan Program, which manages animal populations in zoos.

"We are honored and thrilled that our zoo was chosen to be Nikita’s new home," N.C. Zoo director Pat Simmons said in a statement. "Hopefully, we can breed Anana and Nikita. Our polar bear habitat is designed to maximize the chance of breeding Nikita and Anana. Polar bears tend to breed in the winter, so Nikita’s arrival is perfect timing."

Anana, a 16-year-old female polar bear, has been at the N.C. Zoo since September 2014 after more than a dozen years at the Lincoln Park Zoo in Chicago.

Nikita has been placed into the zoo’s polar bear holding quarters so zookeepers can see how he acclimates to his new surroundings before making a decision on when he can be viewed by the public, officials said.

"So far, Nikita is adjusting well to his new home," Ken Reininger, animal curator at the N.C. Zoo, said in a statement.