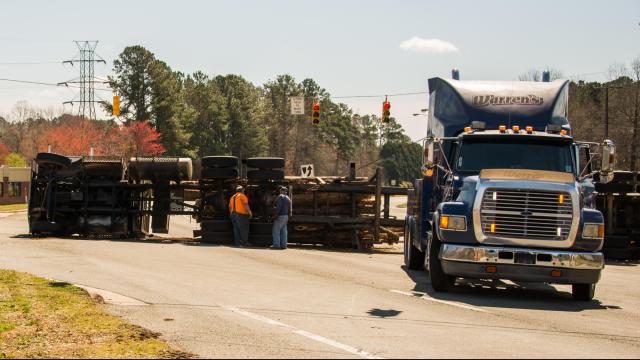 According to the latest data from the North Carolina Department of Transportation, tractor trailers and heavy trucks were involved in more than 10,000 crashes in 2018, leading to thousands of injuries and more than 100 fatalities. Additionally, the N.C. Governor's Highway Safety Program also found that from 2012 until 2016, large trucks accounted for five percent of all collisions in the state.

On a nationwide scale, large-truck crashes have reached a 29-year high, according to statistics from the National Highway Traffic Safety Administration.

Although five percent of collisions may seem marginal, large-truck wrecks also account for a disproportionate amount of serious and fatal injuries predominantly due to the damage caused by their immense sizes and weight. Most large trucks exceed 10,000 pounds and a fully loaded tractor-trailer can even reach almost 80,000 pounds. For comparison, most cars typically weigh in around the 3,000- to 6,000-pound range.

While there are several driving forces behind this rise in collisions, perhaps none are as flagrant as trucking law violations.

In an era where more individuals and businesses expect two-day shipping fulfillments and prompt deliveries, not only are more drivers required to be on the road, but they may also be pressured into pulling longer hours behind the wheel, leading to dangerous driving conditions.

"Under the Federal Motor Carrier Safety Regulations, a truck driver can't be operating the truck without adequate sleep," said Hunt Willis, an attorney at the Raleigh-based law firm Martin & Jones. "You have to actually fulfill sleep requirements before you go on the job behind the wheel of a commercial truck, and you have to record those in what's called a logbook. After a wreck, we look to see whether or not the truck driver has maintained an adequate amount of sleep time for mileage, and that's one of the leading causes [for wrecks] — fatigue."

Aside from fatigue, other contributing factors in these major collisions stem from the trucking companies themselves and may include a lack of training, inadequate screening of drivers, and improper pre- and post-inspection of the vehicle. Many of these violations can come from what Forest Horne, partner and attorney at Martin & Jones, refers to as "fly-by-night trucking companies," or small dispatch offices that hire independent truckers to drive their personal trucks who often have lax safety standards.

Unfortunately, since heavy trucks and tractor trailers are immense machines, the damage they cause due to trucking law violations can be catastrophic. Willis and his colleagues have been practicing dedicated commercial vehicle litigation for more than 25 years and have seen many traumatic cases in that time.

"We had a young man come to us who was driving down Interstate 540 in Raleigh at about 4:30 in the morning. It was dark, he was going to work, [and] he was coming around a curve on the Interstate when he encountered an 18-wheeler ahead of him. He did not perceive — because it was nighttime and he couldn’t tell — that the 18-wheeler was simply stopped in the middle of the highway," Willis recalled. "He came underneath the back of the rear guard, suffering catastrophic injuries, and he's paralyzed from the neck down for the rest of his life."

"The reason he was paralyzed is because this driver was not trained and did not know that if he suffers a breakdown, a mechanical failure for any reason and has to slow down, he has to pull off the road. That's a federal requirement and a state requirement," Willis said. "This young man is paralyzed for the rest of his life because that company didn't train their driver."

When it comes to litigating these cases, commercial truck drivers often have an advantage over the other driver involved, since many of these trucking companies have their own attorneys and specialized insurance.

To put it in better perspective: the minimum insurance limit a typical driver is required to have in North Carolina is $30,000. For trucking companies — even the "fly-by-night" operators — that number is $750,000. That's why, for other drivers involved, time is of the essence when it comes to securing representation.

As is the case with many crashes, the situation can quickly devolve into a case of he-said-she-said, which is further complicated by the fact the person in the smaller vehicle may be more seriously injured and not able to provide a full account of what happened.

"What we see in a lot of these cases, at least initially, is that they blame the driver of the smaller vehicle who has been either seriously injured or killed," Horne added. "I think that's why it's critically important to retain counsel immediately, because experts are needed to look at both vehicles to send notices about preserving the computer black-box data, and witnesses need to be contacted before memory fades."