What goes around comes around. Several weeks ago, an NC trooper gained national attention for buying four tires, lunch and a tank of gas for a stranded family on a Johnston County highway.

"God sent us an angel," said Monica Hines, who was stuck on the highway for hours with her boyfriend and four children.

Afterwards, more do-gooders started to come out of the woodwork, and Trooper Pridgen was flooded with messages from people who wanted to donate to help reimburse him for his act of kindness.

Touched by the outpouring of support, Pridgen refused the donations – instead, asking folks to pay it forward.

"Take that money and pay it forward a little bit. You'll run into someone that needs it. You'll know when you meet that person," said Pridgen.

But when a man named Stan Wood started a GoFundMe that raised $1000 from more than a dozen donors, Pridgen knew he couldn't let those donors down. So he decided to donate the money to charitable cause that's close to his heart: The Trooper Kevin Conner Memorial Run. 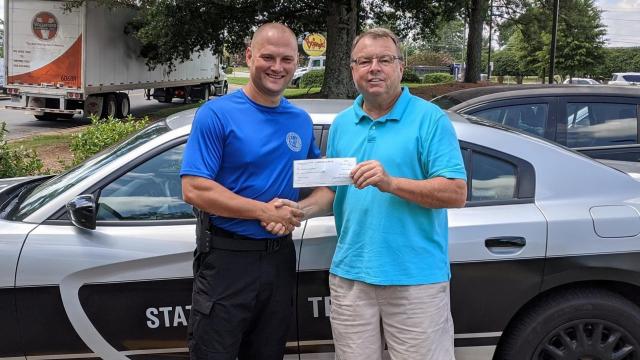 Trooper Kevin Conner, a close friend and colleague of Pridgen's, had been shot and killed the line of duty. But during his lifetime, Pridgen says Conner did countless acts of service to help others.

"If you needed something he would drop what he was doing. There was probably 25 to 30 people that called him their best friend, and none of us were as good a friend to him as he was to us," said Pridgen.

In 2011, Trooper Conner saved a driver's life when he extinguished a fire in the man's car after being involved in an accident. Tragically, he died several years later during a traffic stop, when a driver shot him.

Just as Pridgen's act of kindness has created a ripple effect, he said Conner's service and kindness has continued to make a positive impact on this world, even though he's gone.

One photo shows Pridgen holding Conner's young son during the funeral. He allowed the young boy to wear his trooper hat. 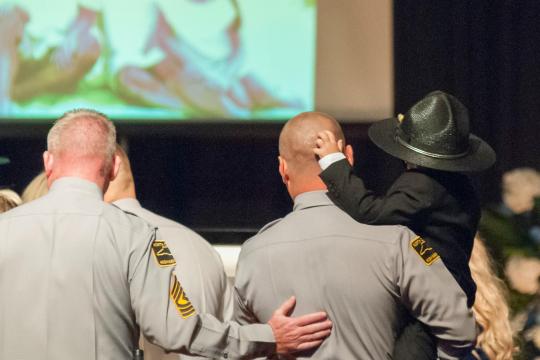 Pridgen said he's genuinely surprised by the attention this has gotten –because, he said, state troopers help people regularly.

"There's so much that goes on that people don't see," he said. "I've seen troopers buy a tire [for people in need]. I've seen troopers pay for someone's hotel room for the night. They're always doing something for somebody. People are broken down on the interstate, 4 or 5 states from home. They don't have a spare tire or they don't have a gas can. They get in a wreck, and they're far from home, and it's 3 o' clock in the morning."

"Most troopers don't get into the field because we want to write speeding tickets," he said, laughingly.

Even with the loss of his friend, Pridgen said he believes there's still a lot of good people in the world. 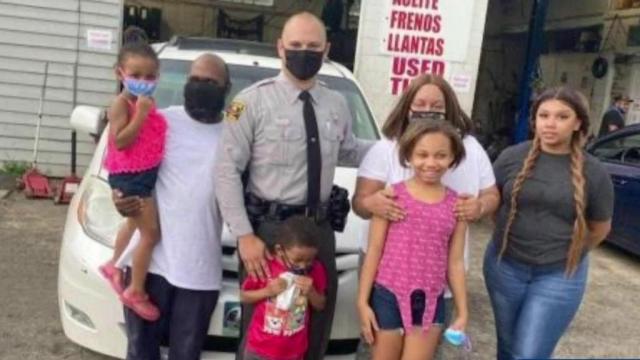 The day after he helped the Hines family with their tires, his own mother found herself stuck at the grocery store without a wallet. Two men stepped up to try and help her pay for her groceries.

Just like all of the people who were inspired to pay it forward after seeing Pridgen's story, and all of the people still being helped by Trooper Conner's foundation, even after he's gone – you may never see just how far the ripple effect of one act of kindness goes.

"There's still plenty of good people. It's a breath of fresh air when you see something like that happen," he said. 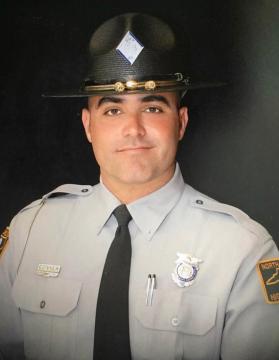 The Trooper Conner Memorial 5K Run takes place on October 17, on the anniversary of Conner's passing. For safety and social distancing purposes, it'll be a virtual race this year.