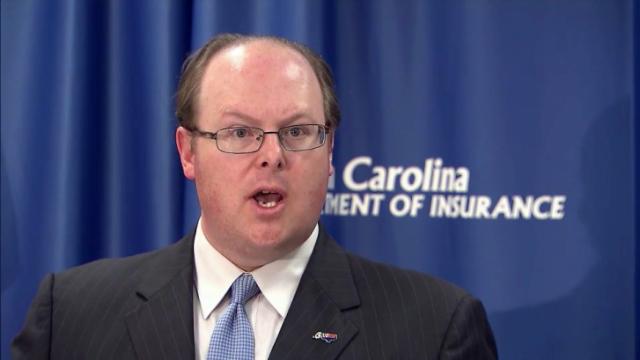 Raleigh, N.C. — Insurance Commissioner Wayne Goodwin vowed Friday that his agency would speed the approval process for insurers to offer 2014 health plans that don't meet the minimum requirements of the Affordable Care Act.

President Barack Obama on Thursday granted a one-year exemption for such plans after an outcry from people who said their health coverage was being canceled despite the president's repeated assurances that people who liked their health insurance would be able to keep it under the new health care law.

The cancellation notices covered more than 473,000 people in North Carolina, Goodwin said, and insurers have only a few weeks to resurrect the canceled plans, get them approved and enroll customers in time for them to have coverage in January.

"It is a huge challenge," Goodwin said. "I'm frustrated, I'm mad, and I sympathize with every North Carolina family out there."

The Department of Insurance will use an expedited review so insurers can quickly establish 2014 rates and begin offering the plans again, he said.

"It is necessary. In fact, it is vital," he said. "Otherwise, North Carolinians would go without coverage."

"Then, there will be appropriate repercussions against those insurance companies," he said.

Blue Cross Blue Shield of North Carolina had been talking with the DOI about offering health plans that don't comply with the Affordable Care Act even before Obama's announcement, Chief Executive Brad Wilson said.

"We understand that many of our customers are frustrated and confused by difficulties accessing the federal exchange, and we want to do everything we can to help them maintain quality health coverage that they can afford," Wilson said in a statement. “There are still important details to work through,and both our company and the Department of Insurance have committed to work as quickly as possible."

Blue Cross spokesman Lew Borman said about 151,000 of their policy holders who received cancellation notices would be eligible for renewals. Blue Cross expects to have more details about the renewed plans by Dec. 1, he said.

There was immediate word from Coventry Health Care of the Carolinas, which like Blue Cross offers plans though North Carolina's online exchange, about its efforts to revive plans that were due to be canceled.

Bob Mulder, a Raleigh real estate agent, said he isn't thrilled about a short-term fix for his soon-to-be-canceled insurance, but he said it's better than what he and his wife faced under the Affordable Care Act. Instead of their $298 monthly premium, they faced paying $1,140 a month for a plan purchased through North Carolina's online exchange.

"If they make a good faith effort, then yes, I'd be accepting of that," Mulder said.

He said he wants a health plan that covers what he chooses, not one where the price dramatically changes based on a few thousand dollars in income.

Goodwin urged people to continue to shop around and compare the costs and benefits of various health plans, but Mulder said the continued uncertainty over his 2014 health coverage is unnerving – and he remains doubtful about a long-term solution.

"Given what's happened in the last few years, I don't have a lot of hope," he said.