NC Supreme Court: Not so fast on new trial for Jason Young 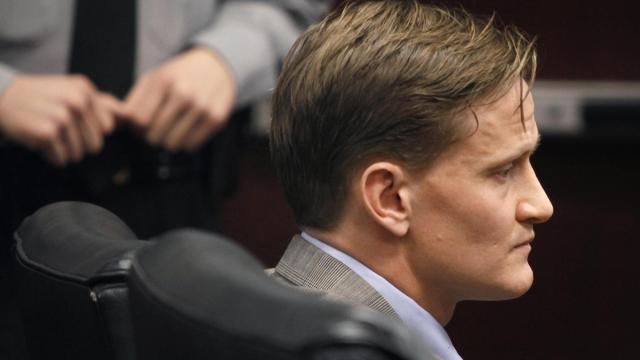 Raleigh, N.C. — In a ruling Friday, the state Supreme Court reversed a decision by the state Court of Appeals that Jason Young should get a new trial in the 2006 murder of his pregnant wife, Michelle Young.

The Supreme Court is asking the Appeals Court to reconsider Young's case.

The state petitioned the Supreme Court in April 2014 after the Court of Appeals overturned Jason Young's 2012 first-degree murder conviction because the trial judge allowed jurors to hear about civil litigation against Young.

The 40-year-old was found guilty of killing his wife, who was found Nov. 3, 2006, in a pool of blood in the couple's home on Birchleaf Drive in Raleigh.

Prosecutors argued that the couple had a volatile marriage and that he wanted out of the relationship. Defense attorneys, however, maintained that Jason Young was out of town on business when someone else killed Michelle Young.

The Appeals Court found that Young's presumption of innocence was "irreparably diminished," in part, by prosecutors' evidence about a wrongful death lawsuit and a default judgment declaring Young the killer because he never responded to the lawsuit, and because of that finding ordered that he get a new trial.

The Supreme Court returned Young's case to the Court of Appeals so it could consider his other arguments against his conviction.