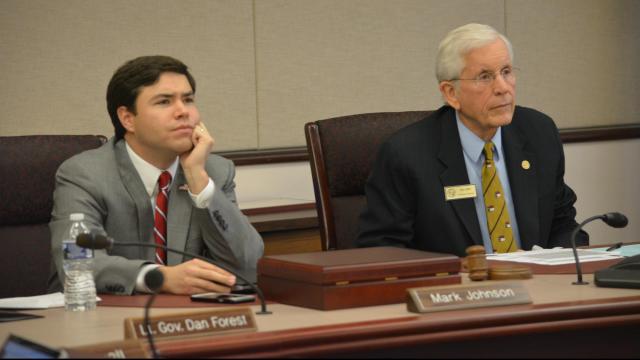 Raleigh, N.C. — The North Carolina Supreme Court has agreed to hear the State Board of Education's lawsuit against State Superintendent Mark Johnson. Friday's decision marks the latest in a year-long battle between the board and superintendent over control of the state's public school system.

The state board filed suit last December after Republican lawmakers passed legislation in a special session that provided Johnson, the newly elected state superintendent, more flexibility in managing the state's $10 billion education budget, more authority to dismiss senior level employees and control of the Office of Charter Schools, among other things.

The lawsuit has been working its way through the court system. In July, a three-judge panel ruled in favor of Johnson, but the board appealed. Last month, the N.C. Supreme Court granted the board's motion for a temporary stay. The stay, which is in effect until further notice from the Supreme Court, prevents Johnson from taking control of the state's public school system.

In a statement Friday, state board attorney Drew Erteschik said they are "pleased with the court's decisions."

Johnson released a statement through his spokesman Friday, saying he "look(s) forward to the North Carolina Supreme Court upholding the lower court’s unanimous decision that allows for a system of greater accountability at the Department of Public Instruction. It is time to put this behind us so we can concentrate on strengthening North Carolina’s schools. That’s what the voters of North Carolina called for over a year ago."

The powers in question have been under the board's control, and board members said shifting them to the elected superintendent violated the state constitution and threatened the working relationship between the board and the superintendent.

Johnson, a Republican, ousted longtime Democratic Superintendent June Atkinson last year and took office in January. The fight between Johnson and the board, which has a Republican majority, has been bitter, with Johnson saying the board "severely limited" his authority and ignored or denied his requests to make staffing changes at the North Carolina Department of Public Instruction.