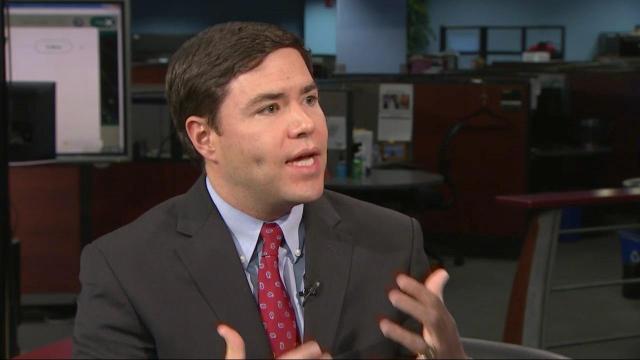 Raleigh, N.C. — North Carolina's superintendent of public schools is asking lawmakers to delay a planned $5.1 million cut to the state education agency's operating budget for the 2018-19 school year, saying his agency needs the money to be more efficient and effective.

The State Board of Education may join the superintendent in that request. Board members are expected to vote on the matter Thursday.

In a statement, Superintendent Mark Johnson said he decided to make the request after reviewing results from a nearly $1 million audit of his agency, which he requested and was granted by lawmakers.

The audit was released Tuesday and includes 18 recommendations to improve the state Department of Public Instruction, including focusing resources on the agency's core mission and modernizing its systems and processes.

Johnson's request for the money comes six months after he criticized his own agency for "disturbing" spending practices, including extensive conference-related costs and multiple SurveyMonkey accounts. At the time, Johnson said he sympathized with lawmakers who were "frustrated with inefficiencies" at the agency under the State Board of Education's leadership.

Johnson and the state board have been embroiled in an ongoing legal battle over control of the state's $10 billion public school system. The case is currently before the North Carolina Supreme Court.

As lawmakers cut the state education agency's budget, they voted to include about $700,000 in the state budget last summer for Johnson to hire up to 10 staffers without the approval of the state board. They also provided him with $300,000 for his legal expenses while barring the state board from using taxpayer money to fund its lawsuit.

Johnson has previously declined to speak publicly about the budget cuts, saying he preferred to talk with lawmakers privately – a stance that frustrated some state board members. But Johnson promised to take a more public position once the audit results were released, saying he would rely heavily on the auditor's findings.

"If [the auditors] come in here and they say, 'It is our unbiased opinion that this department cannot handle any more cuts,' then that’s the answer," Johnson told state board members last year.

The General Assembly reduced the agency's administrative funds by 6.2 percent this school year and 13.9 percent next school year.