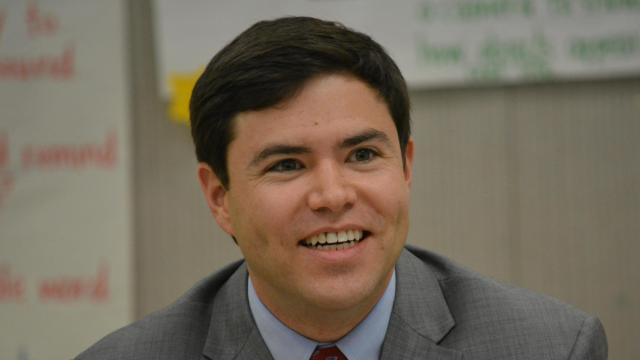 Raleigh, N.C. — State Superintendent of Public Instruction Mark Johnson said he hopes to hire a chief innovation officer and several other top level positions at the state education department, if lawmakers pass a bill giving him that ability.

House Bill 838, which passed the N.C. House and is being considered by the Senate, would give Johnson nearly $600,000 to hire five positions for his office. The money would come from eliminating eight vacant positions at the state Department of Public Instruction.

If approved, Johnson's hires would not be subject to approval by the State Board of Education, a key piece of the bill since Johnson and the board are embroiled in a lawsuit and have disagreed over the hiring of top officials at the state education department.

In an interview with WRAL News last week, Johnson declined to say what other positions he would like to hire if the bill passes.

"Obviously, I have some ideas," he said. "But I’m going to wait and see if it becomes law."

The one position he did discuss, chief innovation officer, is not surprising given Johnson's focus on innovation since he took office in January. He has spent the past several months visiting schools across the state on what he calls his "Education & Innovation Tour."

If approved, his chief innovation officer would search for "innovative tactics that are going on around the state that we need to bring back here to DPI and then help scale and support other school districts," Johnson said.

State Board of Education Chairman Bill Cobey has previously said he is against the bill giving the superintendent more staff.

The bill would allow Johnson "to double the size of his personal staff," Cobey said. "I know he requested it, and I’m baffled as to why he needs more personal staff. I really have no idea what they would do, and so, I certainly oppose it."

For months, the superintendent and the state board have clashed over staffing changes. Some of those disagreements are at the center of an ongoing legal battle between the two sides over who has constitutional authority to supervise the state's public school system.

For now, Johnson must wait to see if lawmakers give him the ability to hire five new positions.

"I’m grateful to the N.C. House for putting that idea through," Johnson said. "I’m hopeful that the N.C. Senate will find it favorably, too."