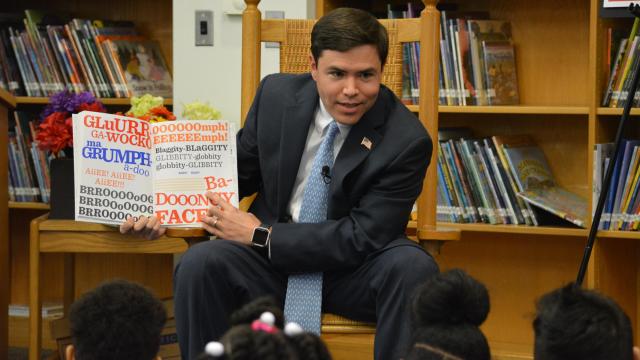 The program replaces the state's prior reading program, Give Five – Read Five, which was created in 2013.

One major difference is Johnson hopes to create a new position – assistant superintendent for early education – to assist the program and focus on the state's youngest learners.

Rep. Craig Horn, R-Union, appeared with Johnson at East Garner Elementary School on Monday, where the new reading program was announced, and said he planned to file a bill to create the new early learning position.

If approved, the new assistant superintendent would "really focus on best practices for early childhood education," Johnson said, and allow the state to "study it, find out what works best and present those back and really start to tackle early childhood."

Former State Superintendent June Atkinson, who lost to Johnson in November's election and has been critical of him, praised the reading announcement Monday.

Monday's event marked one of the first detailed priorities Johnson has revealed since becoming state superintendent in January. He has spent much of his time traveling around North Carolina on a statewide listening tour, meeting with department staff and speaking about his three guiding principles – urgency, ownership and innovation.