Raleigh, N.C. — Rolled up blue prints, maps and plans fill the corners of Lisa Johnson's office at North Carolina State University. She's been the campus architect for the past 24 years.

"As an architect, I work on a variety of projects from classrooms to research labs to barns," Johnson said.

She's been very busy ever since North Carolina voters approved the higher education bond in 2000.

"It's actually quite exciting," she said. "We had more physical change in our campus in the years between 2002 and 2012 than any other similar time period in the history of our campus."

The bulk of the change in that time came with the expansion of Centennial Campus, which takes up 1,300 acres in Wake County. That's almost twice the size of the entire campus of the University of North Carolina at Chapel Hill.

"When all of that was first announced there was a lot of excitement, but I don't think anybody could have anticipated how it developed and what it looks like today," said Thomas Stafford, who worked at N.C. State for 40 years and spent time as the school's vice chancellor. 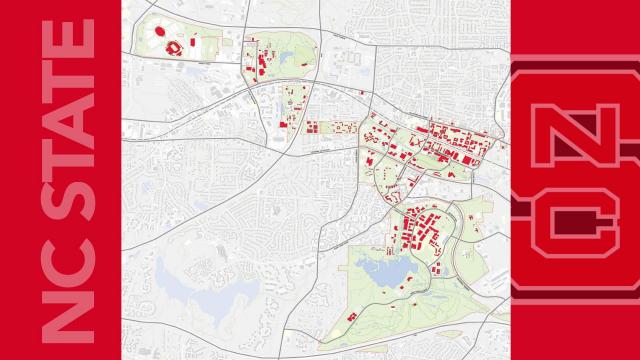 There is still plenty of land left to develop.

N.C. State owns big pieces of land that are currently sitting unused. Right now, the university is in the middle of the slow process of figuring out what exactly to do with that land. There are a lot of factors that help decide what and where the next project will be.

A big factor in further development depends on what eventually happens with the Dorothea Dix park.

"We are really needing to see what is coming out of it," Johnson said. "They need to move it forward so we know how to better plan and be a good partner to the park."

N.C. State keeps a map with placeholder buildings that show what the land could look like when developed. There are always several ideas for additions, but there is also a desire to leave some of the land undeveloped.

"There's a lot more to do. We don't know what the future holds. We don't want to do everything right now. We have got to leave opportunities for the future," said Johnson.

"There's a lot of land there that still isn't fully developed and we don't have a lot of intention to fully develop that. It goes back to the stewardship of the resource. Looking for partners to help us develop that land."