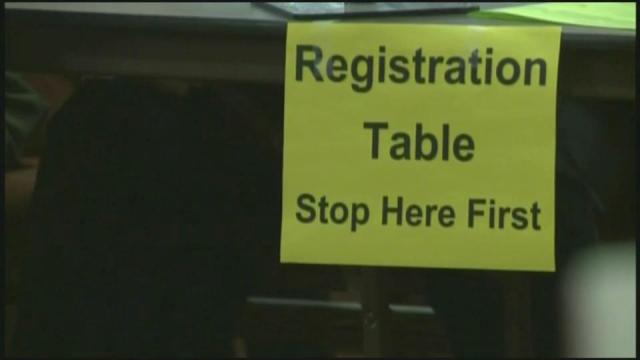 A bill requiring voters to present one of several forms of state-issued photo ID starting in 2016 cleared the House two months ago, but it's been sitting since in the Senate Rules Committee to wait for a ruling by the justices in an Alabama case, according to Sen. Tom Apodaca, R-Henderson, the committee chairman. He said a bill will now be rolled out in the Senate next week.

The ruling essentially means a voter ID or other election legislation approved in this year's session probably won't have to receive advance approval by U.S. Justice Department attorneys or a federal court before such measures can be carried out.

"I guess we're safe in saying this decision was what we were expecting," Apodaca said.

In a 5-4 decision, the court ruled a key provision of the federal law cannot be enforced unless Congress changes rules on which areas of the country still need to be monitored.

The "pre-clearance" requirement in Section 5 of the Voting Rights Act covered many areas of the South, including 40 North Carolina counties, mostly in the east. That has required laws approved by the General Assembly for both statewide elections and local elections in those counties, as well as redistricting maps, to receive formal approval. The requirement was designed to ensure that minority voters in those areas aren't worse off compared to previous law.

Apodaca said the Senate didn't want the legal headaches of having to go through pre-clearance if it wasn't necessary and having to determine which portions of the proposal would be subject to federal scrutiny. "So, now we can go with the full bill," he added.

He predicted an omnibus voting bill would surface in the Senate next week that could go beyond voter ID to include issues such as reducing early voting, eliminating Sunday voting and barring same-day voter registration.

Republican lawmakers and allies say a clear majority of citizens want voter ID because it will build confidence in the election system. Democratic legislators and civil rights advocates have criticized any photo ID bill as another barrier to free voting that attempts to remediate a voter fraud problem that doesn't exist.

"Without the U.S. Justice department to look at these things and play the referee and say, 'This is a foul. This is not good,' without that, I really fear that we will see a lot of bad laws passed and put into place that will make voting harder and be harmful," Phillips said.

The ruling doesn't prevent voters and groups from challenging state laws. The Justice Department signed off on North Carolina's legislative and congressional maps approved by the General Assembly in 2011, but several groups and dozens of voters challenged the maps in state court. A three-judge panel is still weighing those arguments.

The Rev. William Barber, president of the North Carolina chapter of the NAACP, one of the plaintiffs that sued over the 2011 maps, urged Congress to redo the formula so that areas of the country with a history of racial discrimination will still be monitored closely.

"Clearly, the avalanche of attacks we are seeing leveled at voting rights and the intense attempts at voter suppression in state houses around the country remain a constant reminder of the constitutional and moral necessity for Section 5 of the Voting Rights Act," Barber wrote in an email.

"With attempts to suppress voting becoming more common and more sophisticated across the country and North Carolina’s legislature poised to approve legislation that will make it harder for thousands of eligible state voters to cast a ballot by requiring forms of ID that many North Carolinians lack and cannot easily obtain, the need for such protections is more urgent than ever," Jennifer Rudinger, state president for the American Civil Liberties Union, said in statement.

More than 60 local or statewide election laws in North Carolina dating back to the 1970s that haven't been enforced due to Section 5 objections by the Justice Department. They include a provision in the state constitution requiring a literacy test for voter registration in North Carolina.

Sen. Pete Brunstetter, R-Forsyth, previously introduced a bill that would take those laws off the books in light of what was then an expected ruling. Brunstetter said Tuesday he'd like to see the bill advance this year.