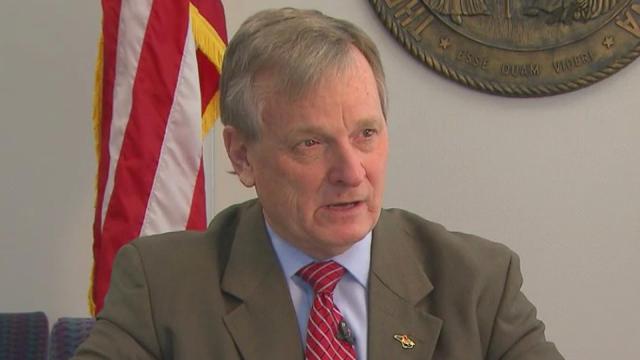 Raleigh, N.C. — In what's been a busy week of resignations, three top McCrory administration officials announced they're leaving their jobs.

On Tuesday, the Governor's Office announced the resignation of Assistant Commerce Secretary Dale Folwell. A former four-term state lawmaker, Folwell has led the state's Division of Employment Security since 2013. McCrory described him as his "point man on long-overdue reforms to the state's unemployment system."

Folwell expressed interest in running for state treasurer in 2016 after incumbent Democrat Janet Cowell said she won't seek re-election. He has not yet officially announced his candidacy but is widely expected to do after he officially steps down Dec. 1. Deputy Assistant Commerce Secretary Ted Brinn will replace Folwell as interim DES chief.

Also Tuesday, North Carolina State Board of Elections Chairman Josh Howard announced he would resign from the board at the end of December.

Howard, a former federal prosecutor, was a member of the Wake County Board of Elections before McCrory appointed him to the state panel in 2013. He's widely respected by Republicans and Democrats alike.

"We were bipartisan 99 percent of the time, and that sets a tone not just for our staff and the folks watching here in Raleigh, but across the state," Howard told the board during a meeting Tuesday. "I regret that I need to step aside now, but I am thrilled and proud of what we have done here."

Howard said he decided to step down after a doctor's visit on Election Day revealed very high cholesterol numbers.

"It's a lot of work," Howard said of the job he's leaving. "I'm not getting any younger, and I have the most beautiful 5-year-old in the world, and I want to be around to see him vote. I had to make some lifestyle changes."

Under state law, the governor will choose an appointee to serve out the remainder of Howard's term, through May 2017, from a list of three nominees submitted by Republican Party Chairman Hasan Harnett.