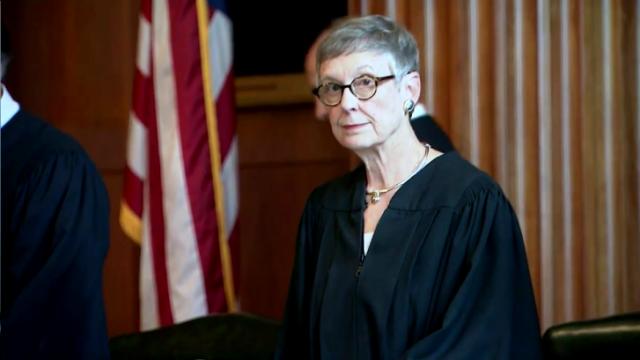 Parker, who has served in the position since 2006, is retiring Aug. 31. But she heard her final arguments Tuesday after fellow justices paused between cases to recognize her service.

Parker served as the lone woman and lone Democrat on the Supreme Court for 13 years before former Gov. Mike Easley tapped her to take over the chief justice spot. She filled the post for I. Beverly Lake Jr., who stepped down after reaching the mandatory retirement age of 72.

Parker, who will turn 72 in August, is the third woman to become the state's chief justice.

"I hope in the process I have been fair and impartial and have administered justice as it is appropriately administered," she said.