NC's $1.6B incentive offer to Toyota-Mazda filled with perks 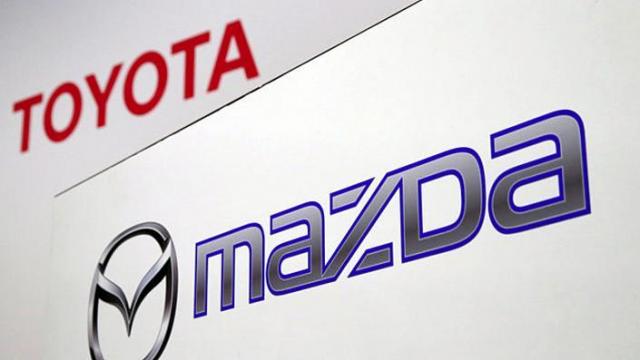 Raleigh, N.C. — A dedicated state employee at the Commerce Department. A $1 million international campaign to attract parts suppliers. A free 1,500-acre megasite outside of Greensboro, valued at $48 million.

Had Toyota and Mazda not passed up North Carolina last month for the site of their new joint car plant, the auto manufacturers would have nabbed these perks among a package of incentives worth $1.6 billion, documents released this week by the state Department of Commerce show. The auto partnership, codenamed "Project New World," instead chose Alabama for its new facility, expected to employ about 4,000 when it opens in 2021.

Alabama offered a reported $800 million in incentives to the two companies, although it's unclear what kinds of incentives that number includes and whether it's comparable to North Carolina's package.

Economic development experts and state officials have largely attributed the loss of the plant to a problem of geography – Alabama sits in a corridor of established auto parts suppliers and has easier access to the domestic market.

But the records released by the Commerce Department late Monday show the lengths North Carolina officials went through to overcome that obstacle, marshaling resources from the legislature, utility companies and the community college system to offer the most expensive incentive package in North Carolina's history. The documents also shed light on the largely secretive process – shielded by law from public view – to recruit companies with taxpayer dollars.

North Carolina's pitch leaned heavily on the state's recent tax reforms, implemented by Republican lawmakers with the goal to entice more businesses to the state and boost job creation.

"Seeing as other states may have a higher face-value to their incentive package, someone (maybe the Secretary) should emphasize the lower total cost of doing business in North Carolina (i.e. our incentives may not be as much as other states, but our taxes are also much lower than other states like SC)," Chris Chung, chief executive officer of the Economic Development Partnership of North Carolina, the public-private organization that works with the commerce department to recruit businesses to the state, wrote in an email to Commerce Secretary Tony Copeland.

Valued at $565 million, the tax savings alone make up more than one-third of the incentive package. That emphasizes the point tax reformers have been making for years, says Joe Coletti, a senior fellow at the conservative John Locke Foundation who reviewed the incentive offer Tuesday.

"When you cut taxes for everybody, you're not picking winners and losers," Coletti said. "It's the high point in this package."

Cash grants to the companies from state and local governments accounted for more than $500 million, based on hiring. The offer from Randolph County amounted to $100 million alone.

Coletti, whose organization is opposed to incentive grants, said that figure is a massive one for a single local government. By comparison, a 2015 tally by John Locke researchers showed all of North Carolina's counties committed a total of $284 million over five years.

"I don't know that Randolph County can afford spending money on this," Coletti said. "Everybody else in county is going have to cover that cost."

A call to Randolph County Manager Hal Johnson for comment was not immediately returned Tuesday.

Other perks sweeten the pot

A substantial portion of the incentive package addressed both job training and apprenticeship through the community college system. That included $100,000 for a "Japanese Saturday School Start-Up." The state also touted water, sewer, energy and road access improvements for the $48 million Greensboro-Randolph County megasite, which Toyota and Mazda would acquire free of charge.

Another $6.3 million would be dedicated to "supply chain incentives," like summits to attract new suppliers and an international marketing effort to build capacity for parts makers.

Coletti said some of these efforts may not require new money and instead involve existing divisions at the commerce department and EDPNC.

But also among the package was $250,000 to provide "dedicated project management," where Commerce officials would provide "a point of contact whose singular focus is to serve their needs."

Coletti said a perk like that probably points to a larger need for reform.

"If you need to hire somebody to help them navigate the state, then we should probably take a look at the regulations and see what's hampering every business in the state," Coletti said.

Yet, there are hints that the state's incentive efforts went a long way toward convincing Toyota-Mazda to keep North Carolina in the running, despite the drawbacks of location.

In mid-September, Chung told his colleagues to expect guidance on "what gaps we should be prepared to address on the incentives front."

"It's been implied that, if we can get close to the target number they suggest, we will be in a strong position at least from an incentives standpoint," Chung wrote. "That still assumes we can address any site viability issues."

The effort to recruit went beyond monetary incentives. Chung provided state officials with detailed notes and advice from the companies' site developer on how to handle representatives from Toyota and Mazda on visits and phone calls to ensure they "clearly 'feel the love' about how important this project is to North Carolina."

"This needs to come across loud and clear in language, tone, verbal and nonverbal communication," Chung wrote to Copeland and others on Sept. 19.

That included suggestions of direct contact from Gov. Roy Cooper, who was encouraged to make it clear "the state wants both companies to call it home."

"If you are able to persuade the governor to personally greet the top two Toyota executives at the FBO and ride with them (in a Toyota) to the Residence, this would allow even more time spent together," Chung wrote.

Other talking points included Toyota's emphasis on veteran hiring, its "zero waste to landfill" concept and its pivot to seeing itself as a "mobility company" rather than just a car company.

"Mobility is in the context of both physical (helping people get from Point A to Point B) but also how that availability of mobility solutions helps people be more socially and economically mobile," Chung wrote ahead of the company's site visit in September.

Days before the story broke in early January that Toyota and Mazda passed North Carolina over, state economic developers were still holding out for good news. Chung had already drafted a marketing outreach plan for the effort to attract parts suppliers and shared it with Copeland.

The plan included a targeted Japanese website and investment seminars meant to sell the state with the help of Toyota and Mazda. Although he acknowledged it was a rough outline, Chung told his colleagues he wanted the ability to act quickly when the two companies made their decision.

"Cost-wise, we are confident we can raise additional private funds to help with much of this outreach effort," Chung wrote on Jan. 3, exactly one week before the announcement about Alabama. "Thanks, and I hope this is helpful information. Fingers crossed!"