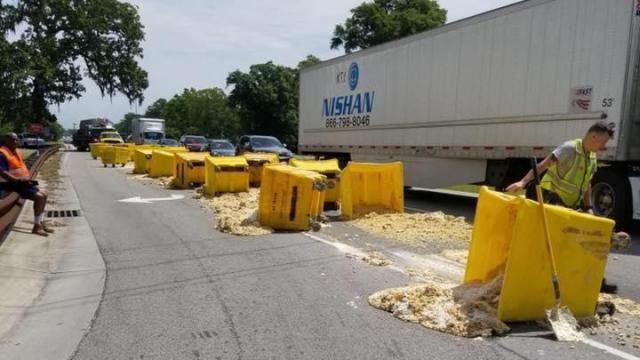 Wilmington, N.C. — A truck carrying cookie dough created a sticky situation when it had lost some of its load on a North Carolina highway.

Firefighters posted a photo on Facebook of the more than a dozen yellow containers on their sides.

An official told The StarNews of Wilmington the load could've been waste that was thrown away. The News & Observer reports temperatures were around 80 F (27 C) so it's unlikely the dough would've baked on the road anyway.

It is unclear where the truck came from or where it was going.


Copyright 2018 by The Associated Press. All rights reserved. This material may not be published, broadcast, rewritten or redistributed.