Raleigh, N.C. — North Carolina voters continue to fill polling places and their mailboxes. Over 2.1 million NC residents have already cast a vote in the 2020 election.

Voting by absentee ballot has become increasingly popular as voters look for a way to avoid the potential crowds of early voting and Election Day itself. In-person, early voting numbers are pacing twice as high as at the same time during the last presidential election, while the absentee ballot count is a staggering eight times higher. 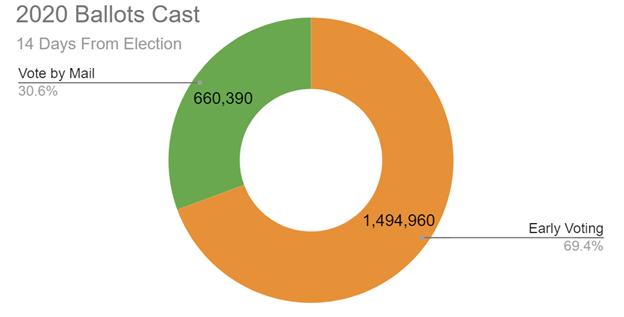 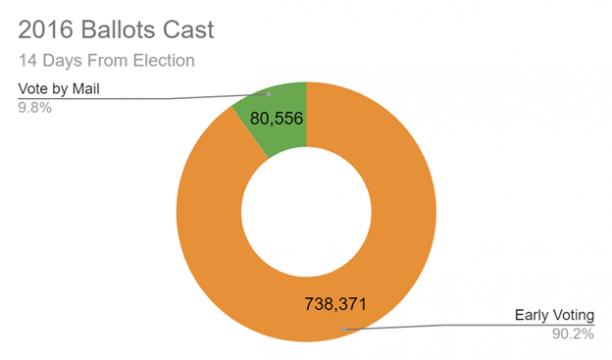 The demographics of voters who are choosing to vote by mail has shifted as well. The average age of voters utilizing absentee ballots increased from 55 in 2016 to, as of last Friday, nearly 60 years old for 2020. All age groups have heavily increased their absentee ballot use except one: the youngest.

Sarah McConnell, a Raleigh resident and university student, used an absentee ballot this year for the first time, despite having previously voted in person.

“I felt more comfortable mailing in my ballot instead of going in person on the day of the election. It was more relaxing too. I went section by section through the ballot and gave myself time to research the candidates,” she said.

Mail-in voting numbers should continue to go up as more than 700,000 ballots have been requested by North Carolina voters but not yet received by local boards of elections. Voters can check the status of their ballot using the free tool BallotTrax. Additionally, a recent rule change allows ballots to be accepted up to nine days after Election Day as long as they are postmarked by Nov. 3.

With court rulings clarifying NC mail voting rules, how to make sure your ballot counts

The youngest voters may still have time to jump on the trend of increasing absentee ballot use. As for McConnell, she says that she would lean towards requesting an absentee ballot in the future but would prefer to drop it off at her local board of elections instead of sending it in the mail.