An elderly resident of Cumberland County died last week of West Nile virus, the first such death in the state this year.

The state Department of Health and Human Services announced the death on Friday as a warning to others to protect from mosquito-borne illnesses.

"These infections are rare, but this is a tragic reminder that they can be fatal," said State Public Health Veterinarian Carl Williams. "We see most cases of West Nile virus from July through November, but you can still enjoy the outdoors by reducing mosquito populations around your home and through proper use of repellents.”

For most people, a West Nile infection isn't deadly. Many will get the virus and not experience any symptoms at all. For about 20 percent of those infected, though, symptoms can include fever, aches, vomiting, diarrhea or rash. About 1 percent of those who get West Nile will see serious damage to the central nervous system, and about 1 in 10 of those will die.

While there is no medical prevention for West Nile virus, the best prevention is to avoid mosquito bites. The FDA recommends insect repellents with DEET or picaridin as an active ingredient, wearing long sleeves and long pants in areas where mosquitoes are active and staying indoors, keeping window screens closed.

Because mosquitoes are drawn to standing water, DHHS recommends dumping flowerpots, old tires, wading pools and buckets that are left outdoors and changing the water in pet bowls and bird baths regularly.

"Zero standing water, that's kind of the key," said resident Steve Dockery. "Along the side of your house with the gutters and the down spouts, with the rocks, it helps with the filtration. There are weeds and everything else in there, but it keeps the water away from your house."

The Cumberland County Department of Public Health provides free insecticide water treatment for use in ponds and other pools of standing water. Two-month supplies can be picked up at 1235 Ramsey St. weekdays from 8 a.m.-5 p.m. 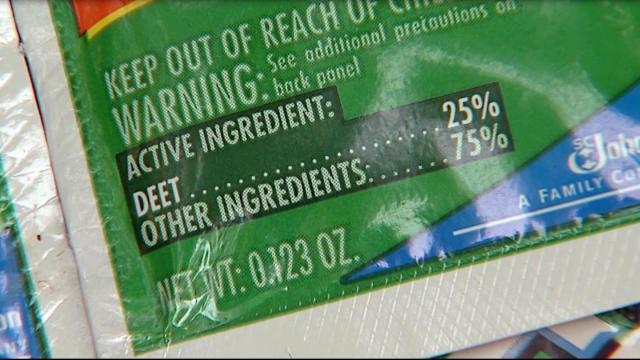 Over the past five years, 25 cases of West Nile were reported across the state. Seven of those resulted in deaths.

Mosquitoes in North Carolina are also known to carry other illnesses that can infect both humans and animals.

Williams said people should not be alarmed by the case of the West Nile virus, but it's important to be aware that it exists.