NC rakes in more than 38 verdicts, settlements valued over $1M in 2017 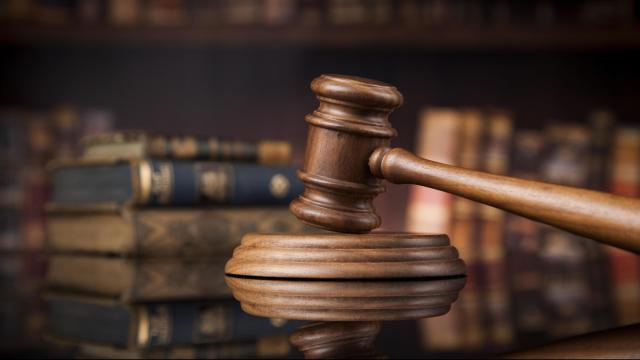 Earlier this year, North Carolina Lawyers Weekly, a top legal source publication, reported the state had 38 top verdicts or settlements last year where the payout was at least $1 million.

To qualify, the cases must have been argued in North Carolina -- or if in another state, by a North Carolina-based attorney -- and submitted to the editors of N.C. Lawyers Weekly or discovered by its reporters over the past year.

What is a "Settlement?"

In litigation, a settlement is a resolution between two opposing parties in a legal case or lawsuit. The settlement can be made before or after court proceedings, and usually (but not always) involves one party seeking some type of monetary compensation from another party for perceived wrongdoing.

Sometimes the plaintiff (the person or party bringing the case against another person in a court of law) and the defendant (the individual, party, or company being sued or accused of a misdeed) can reach an agreement or settlement without going to trial. Regardless, both parties require the advisement of professional legal counsel.

Many people often think of settlement cases as being the stuff of television shows, disputes between Hollywood superstars, or big news payouts that make front-page headlines. However, dozens of settlement cases happen in each state year after year and can range from wage discrimination suits to sexual harassment cases and medical malpractice.

Each case varies by situation, which helps inform how a settlement will be reached — and for how much.

For example, a woman recently won $6 million in a court case after suffering an injury to the face. A brick from a trailer flew off the vehicle, breaking through the plaintiff's windshield and smashed into her face while she was driving.

In Raleigh, a landowner of a 0.7-acre lot that was taken as part of the city's construction of the new Union Station earned $2.6 million for his valuable piece of property from the N.C. Department of Transportation. The case gives meaning to the phrase "prime real estate."

In another injury case, a resort hotel employee in Asheville who fell off a loading dock and injured himself received a $1.75 million settlement after rejecting an initial offer of $165,000 in workers' compensation.

Each of these settlement cases was made possible by the help of legal advocates, just like the attorneys who assisted with each of the 38 largest verdicts and settlements of 2017 in North Carolina as highlighted by N.C. Lawyers Weekly.

How one local law firm led reported personal injury verdicts and settlements in 2017.

A local law firm in Raleigh, Whitley Law Firm, provided lead counsel for three of these 38 reported cases — more than any other personal injury law firm in the state.

The Whitley Law Firm represents wrongfully injured people throughout the state of North Carolina. Attorney Bob Whitley, founder of the Whitley Law Firm, has spent more than 40 years fighting for people who come to the firm seeking reparations for catastrophic injuries and wrongful deaths.

"I often tell clients that they do not want a million dollar case because that means they would have suffered serious and life-altering injuries…and the recovery is never equal to their suffering," Whitley explained.

He added, "When they are seriously and permanently injured, we are committed to go full-steam ahead and do everything we can to maximize their recovery. That is our responsibility, and we do not take that responsibility lightly."

While each large settlement case highlighted by the N.C. Lawyer's Weekly includes cases with recoveries above $1 million, many of those plaintiffs cannot be fully compensated for the pain and suffering, permanent injuries and the roads that lie ahead due to the severity of their injuries.

"When we are involved, it's because there is a lot at stake," said Ben Whitley, an attorney at Whitley Law Firm. "We are going to devote all of our resources [and] make sure our clients are given the strongest voice to recover what the law allows."