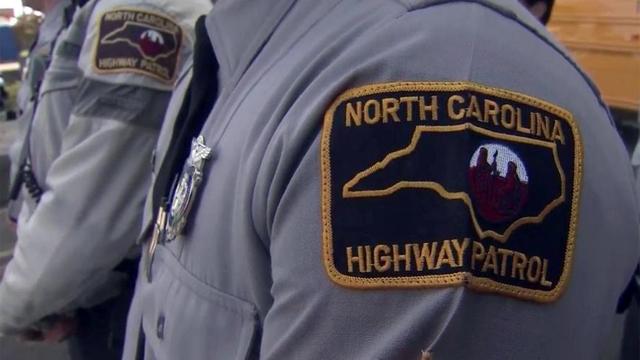 The raises, which include the $23,000 pay bump for Secretary Erik Hooks WRAL News reported Tuesday, amount to an average of about $5,000 for each employee. While the raises mostly went to sergeants, lieutenants and captains in the State Highway Patrol, the list also includes the patrol's top leadership and the director of the State Bureau of Investigation.

The number and value of the raises far outstrips those by any other state agency in 2019, according to a WRAL News analysis of state payroll data.

With more than 20,000 employees, DPS is the state's largest agency, overseeing prisons, the Highway Patrol, disaster response and the National Guard.

Raises for Hooks, an appointee of Democratic Gov. Roy Cooper, drew criticism earlier this week from lawmakers and advocates of increased pay for prison workers, who say difficulty recruiting and retaining correctional officers has led to dangerous conditions for guards and inmates.

Those recruiting problems have extended to the Highway Patrol, where pay for troopers has been falling behind that of other law enforcement agencies. That's according to John Midgette, executive director of the North Carolina Police Benevolent Association.

In all, about 340 senior Highway Patrol officers received raises of 5 to 9 percent on April 1. DPS spokeswoman Diana Kees said the pay bumps were an attempt to keep pace with 6.5 percent pay increases for troopers in the 2018 budget, which did not apply to supervisors. The agency wanted to avoid situations where veteran troopers made almost as much as their superiors, creating little incentive to advance.

"To address that issue, Department of Public Safety leadership approved use of State Highway Patrol salary reserves to provide pay increases for supervisors, all of whom are sworn law enforcement officers," Kees said in a written statement.

The April 1 raises follow a previous round of 3 percent pay increases for Highway Patrol management in August 2018, according to a March memo from DPS Human Resources Director Michael Dail.

The lowest-ranking senior officers, made up of sergeants and pilots, earned 5 or 6 percent raises.

Although he said he understands the need to differentiate pay between ranks, Midgette said he doesn't believe the salaries of senior officers were far enough behind to warrant raises of this size.

"What they're saying doesn't match," Midgette said of the explanation from DPS. "In this day and age, when troopers are just getting back some parity, the idea of top-level people getting 8 to 9 percent raises seems insensitive and speaks to a greater problem."

The pay increases for the Highway Patrol also prompted DPS to bump the salary of SBI Director Bob Schurmeier, originally appointed by former Republican Gov. Pat McCrory in 2016, to $147,091 a year.

The 9 percent raise "put him on par with SHP leadership," Kees said.

"We will continue to press for better salaries and benefits for all of our public safety professionals," she said in a statement. 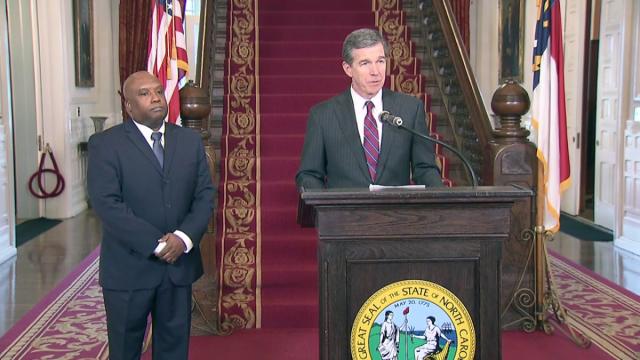 Kees said legislators were made aware of the increases.

But the $1.7 million outlay for the April 1 raises wasn't specifically authorized by members of the General Assembly, which controls the state's purse strings. Instead, Kees said, the agency used money from salary reserves.

Sen. Bob Steinburg, R-Chowan, who chairs the Senate Select Committee on Prison Safety, said the legislature under McCrory granted governors more flexibility to move money around in their existing budgets. He said there's concern among some of his colleagues that the Cooper administration "has really gone overboard with it."

"There are some in the legislature who think this may be getting out of hand," Steinburg said.

Cooper's office, which oversees DPS as one of the state's dozen executive agencies, has not responded to questions from WRAL News about the raises.

Steinburg said he has less of an issue with salary increases for senior Highway Patrol officers than he does with the raise for Hooks. The timing of Hooks' raise, he said, is problematic given the continued issues around pay for correctional officers.

As WRAL News reported, Hooks now earns $179,403 a year, making him the fifth-highest-paid member of Cooper's cabinet. A veteran of state government who began his career there as an SBI agent, he's being paid $41,000 more than when he took the DPS secretary post just over two years ago.

Correctional officers received a 4 percent raise in the last budget cycle. Although the average pay now ranges from about $35,000 to $40,000, depending on the security level of the facility, the positions are likely to see some sort of salary bump in the budget under consideration in the General Assembly.

The Governor's Office proposed an extra $500 raise specifically for prison guards and other law enforcement officers. While the Senate is still working on its budget bill, the House approved a 5 percent bump for correctional officers.

Midgette said he feels the recent raises are sending the wrong signal to rank-and-file officers on the highways and inside the state's more than 50 prisons. He said he wants to see more advocacy on the issue from Cooper.

"It would be nice to have some statement of what is going on, as opposed to just doing this out of hand," Midgette said. "The first indication of the governor's position on things is rewarding people in the top ranks – who are paid pretty well."

CLARIFICATION: A previous version of this story said April 2019 pay raises for senior State Highway Patrol officers were an attempt to match rates of last year's pay increases for troopers. This version was edited to clarify DPS' position that the raises were rolled out to avoid cases where troopers made as much as their superiors.