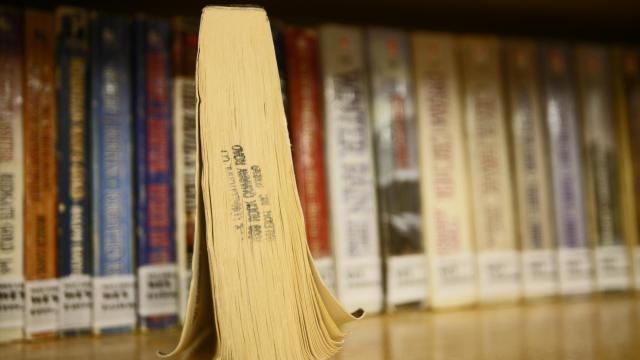 Raleigh, N.C. — The state prison system will drop a book on racism and mass incarceration from its list of banned books, a spokeswoman said Tuesday, following a request from the American Civil Liberties Union's North Carolina chapter.

"The New Jim Crow: Mass Incarceration in the Age of Colorblindness" was the subject of a New York Times piece last week titled, "Why Are American Prisons So Afraid of This Book?" The article specifically noted that North Carolina and Florida prison systems wouldn't allow inmates to read it and said prisoners in others states often have trouble getting copies.

The ACLU sent the North Carolina Department of Public Safety a heavily footnoted letter Monday, calling the ban unconstitutional and contrary to the prison system's own regulations. The state keeps a list of hundreds of "disapproved publications" inmates aren't allowed access to, but the ACLU suggested this particular book was off limits because it shines "a harsh light" on racism in the country's justice system.

Quiz: Which books are banned in NC prisons?

Less than a quarter of North Carolina's population is black, but more than half its prison population is, the letter notes. The letter quoted a number of lawsuits and legal precedents and dubbed the system's ban "cruelly ironic."

After receiving the letter, state Director of Prisons Kenneth Lassiter "decided to immediately remove the book," DPS spokeswoman Pamela Walker said in an email. Lassiter, who started in the job May 1, also will review the system's entire list of banned books to determine whether others should be removed, Walker said.

ACLU of North Carolina spokesman Mike Meno said the group appreciated the prompt response and the decision to review the entire list.

"Everyone in our state would do well to read 'The New Jim Crow' so that we can work together to undo the racial injustice that permeates our criminal justice system," Meno said in an email.

The prison system bans books for 17 different reasons, WRAL News reported in 2014. Among them: content likely to provoke violence, sexually explicit material, the depiction of crimes and instructions on how to build or conceal weapons or drugs. They can also be banned simply because they're heavy enough to potentially be used as a weapons, or, for inmates with some security classifications, if they have a spiral-bound spine.

We created a quiz back in 2014, based on books banned from the prisons and books found in state prisons. Give it a try. It's harder than you'd think to guess the difference in a lot of cases.