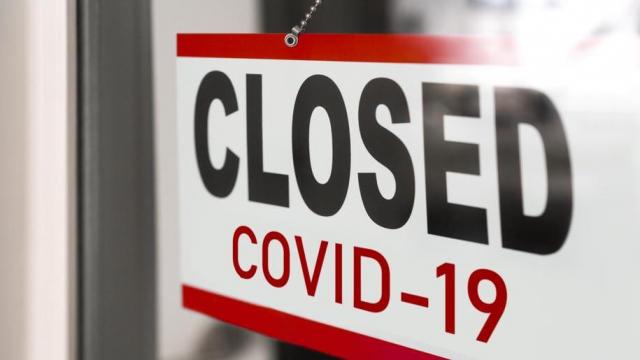 The figures are far beyond anything the state has seen, including during The Great Recession a decade ago.

Some claims may be duplicates, meaning a person filed more than once, and the state's Division of Employment Security is working to verify those numbers, a spokeswoman said Tuesday.

If each represented one person, it would nearly equal 20 percent of North Carolina's work force. It would be nearly 10 percent of the state's entire population.

So far, the system has paid out $1.27 billion, mostly in federal money that was included in a stimulus bill boosting payments by $600 a week. Otherwise, the state's maximum weekly unemployment payout would be $350.

North Carolina has some of the lowest benefits in the country, and last week, lawmakers considered raising the system's weekly maximum to $400, as well as a formula change that would have increased payouts for at least some people.

Though these proposals had unanimous support in the state Senate, they were jettisoned from the final bill during negotiations with the House.

The North Carolina Chamber pushed back against the changes, and House leadership agreed. But the changes, which would have been temporary and wouldn't have taken effect until the end of August, may have a better chance when lawmakers gather again in the coming weeks and months.

“I’m not totally opposed to looking at that," House Finance Committee Senior Chairwoman Julia Howard said Monday. "I just don’t think now is the time to do that."

Though the federal government is infusing billions into the unemployment system, the state portion is funded by a tax that employers pay. That tax has essentially been waived for the first quarter of this year through a tax credit included in the final pandemic relief package that the General Assembly approved on Saturday and which Gov. Roy Cooper signed into law Monday.

Businesses were worried the increase in benefits might trigger a 20 percent surtax that will kick in if the state's unemployment trust fund – which state benefits are paid out of – falls below $1 billion. That surtax was put into place in 2013 as part of an overhaul for a state unemployment system that, during the recession, went more than $2 billion in the red, borrowing money from the federal government to make payments.

As part of that overhaul, the legislature's Republican majority also cut benefits, and Howard, R-Davie, was a chief sponsor.

Howard said Monday that she wasn't worried about the proposed $50-a-week increase triggering the surtax this year, but she said it might have by September 2021. At the start of this crisis, the unemployment trust fund had been built up to nearly $4 billion, and the Division of Employment Security said Monday that it has paid out $448.4 million from the fund since the mid-March start to claims.

“When things calm down, we can go back and look (at the proposal again)," Howard said.

A Chamber spokeswoman said the group, which represents business interests at the legislature, is open to changes, but the Senate included this one in the bill with "little to no opportunity for stakeholder input."

"We believe any permanent changes should first be vetted through the Joint Legislative Oversight Committee on Unemployment Insurance Reform, which is designed to consider stakeholder input, and which allows all participants to fully understand their impact," spokeswoman Kate Catlin Payne said in an email. "We look forward to continued dialogue on the issue in the coming weeks and months."

Sen. Mike Woodard, D-Durham, who worked on that part of the legislative package last week, said he hopes the House will reconsider the proposal sooner rather than later.

"I'm disappointed we didn't make the commitment to go ahead and take this important step," said Woodard.

Unemployment benefits in North Carolina are roughly equivalent to half a person's salary, but they're calculated by averaging salaries from the past two quarters. The Senate proposal last week would have dropped that averaging process and based benefits on the highest-paid quarter from the last year.

Howard said the recalculation would have been difficult for DES to handle, given that's it's already struggling to keep up with a historic spike in claims. Woodard said DES told him repeatedly it could handle the changes by Aug. 1.

Cooper said during a Monday bill-signing press conference with General Assembly leaders that the state needs to look both at the length of time it pays unemployment benefits and the amount it pays.

"Our state amounts are quite low as compared to the national rankings," the governor said. "We need to look at if we want to up the amount."

"Our current eligibility formula is the harshest in the country and reduces the amount of assistance available to the jobless," state President MaryBe McMillan said in a statement. "Shame on House Republicans for turning their backs on workers at a time when they need help the most."

Howard, in a telephone interview, called for caution.

“We need to be smart and don’t end up having to borrow money again,' she said. "It’s stable right now. We need to wait and see if we can get everything calm.”

Correction: This story has been edited at the top to note there may be double counts in the total number of claims filed, which makes comparisons to the state's total work force and population more difficult.