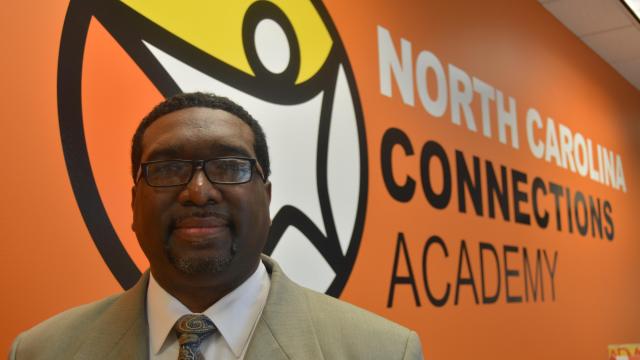 Raleigh, N.C. — The leader of North Carolina Connections Academy, one of the state's two online charter schools, asked state lawmakers Tuesday to make the virtual schools permanent instead of pilot programs and give them more local funding despite their ongoing academic struggles.

Connections Academy Superintendent Nathan Currie and NC Virtual Academy Head of School Joel Medley appeared before the Joint Legislative Education Oversight Committee to give updates about their schools, which are in year three of their four-year pilot programs.

"We’re asking that this pilot status be looked at and ultimately removed, because there are hundreds and even thousands of kids and teachers that will benefit from our model," Currie said.

The pilot status makes it more difficult to recruit students and teachers, Currie explained, because they worry the school will go away when the pilot ends.

Nearly 2,500 students have left NC's online charter schools: Why did they leave? Where did they go?

Since the online schools launched two years ago, they have enjoyed strong support from families, often receiving high marks on parent satisfaction surveys. But they have also struggled with low test scores and high overall withdrawal rates. Earlier this year, WRAL News investigated why nearly 2,500 students have left the schools.

"Of course, nothing’s perfect, and you’ve probably got bugs to work out still, but I personally would like to see you have an opportunity to extend this," Pittman said. "I don’t know if we make it permanent. I don’t know whether we’d have the votes to do that, but I think we ought to give you some kind of extension to continue to work on this. I appreciate the work you’re doing."

During his presentation to lawmakers, Currie also stressed the need for more local funding, saying the schools receive only $790 per student per year from the counties where the students live. Some counties can pay more than that, he said. He made the same comments Monday when speaking to the state's Charter School's Advisory Board.

"There are some districts that can certainly pay well over $790," Currie said. "The vast majority of our students are in the Mecklenburg area as well as the Wake area. So, those are districts that could certainly (foot) the bill."

Lawmakers had so many questions about the schools on Tuesday that Medley, Virtual Academy's leader, had to cut his presentation short due to time constraints. Rep. Linda Johnson, R-Cabarrus, who co-chairs the committee, said she wants the school leaders to come back for another meeting and present more "intricate statistics" about the work they're doing.

"I had no idea we would have this much interest," she said.

Virtual charter schools are similar to regular charter schools but allow students to stay home and take all of their classes online. Parents typically serve as learning coaches and act as liaison between their children and teachers.

Both schools showed some academic improvement last school year but still failed to meet expectations, according to school performance data released by the state. Each school received overall performance grades of D for the 2016-17 school year – the same grades they received in 2015-16, their first year of operation.

All North Carolina public schools have received A-F letter grades since 2013-14, when the General Assembly passed legislation requiring it. The grades are based on schools' achievement scores on state tests (80 percent) and students' academic growth (20 percent).

Schools are also judged on whether their students exceeded, met or did not meet academic growth expectations during the year. Connections Academy and Virtual Academy have not met growth in the two years they've been open.

Since Connections Academy and Virtual Academy opened, they have struggled with student withdrawals. A recent WRAL News investigation found that more than 30 percent of the schools' students left the first year, and 27 percent left last year. Each school enrolls about 2,000 students from across the state each year and loses anywhere from 550 to 650 annually, according to state records

Virtual charter school leaders say their withdrawal numbers appear inflated because of the unique students they serve, some of whom enroll only for a brief time. Lawmakers have allowed the schools to stop counting certain students who leave, including those who withdraw within 30 days, leading to drastically lower withdrawal rates of 5 percent each.

In interviews with WRAL News earlier this year, leaders of the virtual charter schools acknowledged their low test scores and high withdrawal rates and asked for patience as they try to improve.

At Virtual Academy, a common misconception is that the school enrolls only high-performing students, according to Medley.

"Everybody assumes that we have the best of the best. It's not the case," he said.

Medley noted that 66 percent of his students receive free or reduced-price lunch and that the school enrolls a slightly higher than average percentage of special education students.

"Forty percent of our third-graders came to us in the lowest quartile in the state," he added. "Often at the high school level, families (are) choosing us as a last-ditch effort for their kid to graduate."

However, virtual charter school leaders point to another study, published in the the Journal of Online Learning Research, which found the following: