Raleigh, N.C. — North Carolina loses five veterans per week due to suicide, and local officials are working to end the trend.

State and military officials gathered Tuesday at the McKimmon Center in Raleigh for a conference on the issue.

While the high suicide rate is not yet considered an epidemic, it is considered a crisis.

Sgt. Burnie Brodie joined the North Carolina National Guard when he was struggling with personal and employment challenges. Now, he helps with suicide prevention training.

"It was through the battle buddy system, people looking out for me, soldiers taking care of soldiers that turned me around," he said.

"Our main concern is not only providing intervention in our health systems, but also prevention efforts, which would include suicide awareness training and trying to reduce the stigma of seeking self-help," said Brodie, who spoke at the conference. "Those are our primary concerns right now."

The state's suicide rate is higher than the national average. State officials did say that high number could be because of North Carolina's large veteran population. 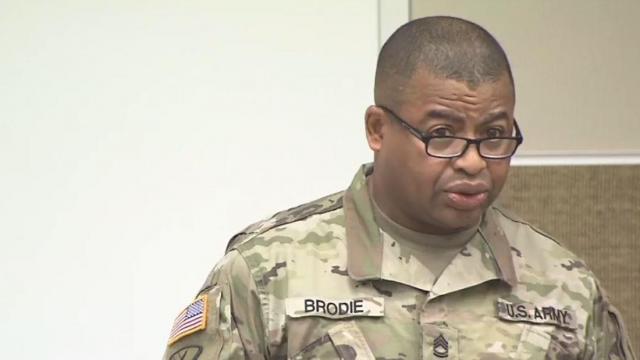 Experts say they have not pinpointed a cause, but that the high rate of deployment could be one factor. But new studies point to finances, family relationships and behavioral health.

"A lot of our wounded warriors are not just medically or physically disabled, but they're also mentally disabled because of the separation anxiety and the pressure and demands of fighting for and defending our country," Brodie said.

"Fifty-eight thousand servicemen lost their lives in Vietnam, some 55,000 took their own lives when they got home," said Jeff Smith, NC Military and Veterans programs.

Decades later, Vietnam veterans make up a large percentage of veterans committing suicide. That's why community conversations about the issue are considered so critical.

"Examine community tools that everyone has access to and fill in the gaps, when possible, in changing possibly systemic things to get folks linked with the right services they need," Smith said. "Each one of them stood up and raised their hand and swore to protect the rest of us. It's the least we can do to take care of them now that they're home."

Experts also say it is important to connect veterans to needed resources and that intervention is critical.