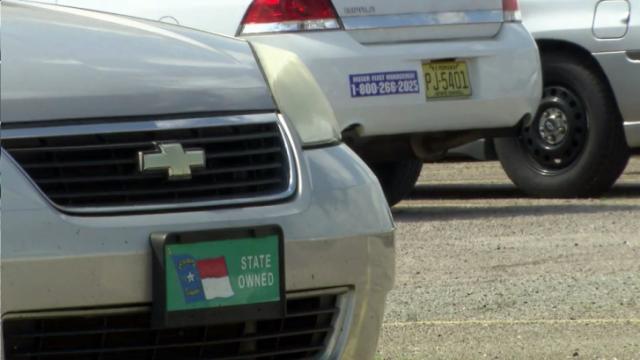 Raleigh, N.C. — North Carolina officials are working to modernize the state's motor fleet in an effort to save taxpayers hundreds of thousands of dollars a year.

North Carolina Motor Fleet owns approximately 7,000 vehicles and leases them to state departments for official use. After WRAL Investigates found agencies paying for cars that never moved, hundreds of vehicles were turned in and sold.

Now, the state wants to bring in a vendor to help with motor fleet oversight, including a plan to put tracking devices on all vehicles to see how much they're used, how fast they're going and how much they're sitting idle. The findings could result in massive savings, according to state officials.

A pilot program on 76 vehicles earlier this year found that 6 percent of vehicles tested were never used in a seven-month period, and 5 percent were driven fewer than five days in that seven-month period. The test also found the state could save $678,000 a year by eliminating times when vehicles idled for more 10 minutes.

The bidding process for the new motor fleet management system will close at the end of the month and a vendor could be in place by the end of the year. If motor fleet sees increased efficiency and cost-savings, the program may be expanded to the other 23,000 state-owned vehicles.