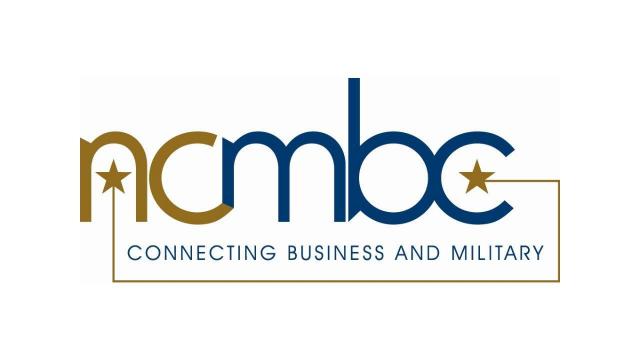 For many businesses — especially those that are small and local — working with the federal government is unimaginable. This is likely due to the misconception that it's difficult to find opportunities, or there are complex hoops to jump through to be eligible.

At the North Carolina Military Business Center, Executive Director Scott Dorney and his colleagues help businesses across the state connect with potential federal government contracts. From technology to healthcare to construction and everything in between, the NCMBC constantly identifies federal opportunities and works to find a local match, stimulating the North Carolina economy in the process.

"Our mission is to leverage military and other federal business opportunities to expand the economy, grow jobs and to improve the quality of life in North Carolina. It's all about growing the military economy as a means of expanding the tax base and bringing revenue into the state," Dorney said. "At the end of the day, whether you live outside Fort Bragg or Camp Lejeune, in Murphy or Morehead City, or anywhere in between, you'll get better public services through expansion of the economy, wing jobs and expanding the tax base."

In North Carolina, the military has a $66 billion impact on the economy and makes up 12 percent of the state's GDP, second only to agriculture. Across the state, there are six major military installations with the third-highest number of military members in the country. At the NCMBC, the team is building on the groundwork already established by appealing to one of the largest customers in the country: the federal government.

"The NCMBC is a connector — we're facilitators — we bring federal opportunities to businesses. We bring federal customers in connection with our businesses and help them understand what we can do for them here in North Carolina," Dorney said. "Our goal is not only to help the businesses grow, but to help our installations, our military bases, remain viable. We're trying to get them the products, the services and the construction that they need at the best possible price, with the best possible service from a company right here in North Carolina."

"Some people think that it's too complicated to be in the federal market, but it's really not that complicated," he finished. "For all the difficulty that the system presents, it's offset by the fact that there are a lot of opportunities reserved for small businesses."

Of course, it can be hard for small businesses to put themselves on the radar of the federal government.

Joe Angell is a retired Navy officer who moved to the area around 2005. He recognized Raleigh had plenty of opportunity for federal government contracts, but little business was being done. Angell started to reach out to bases on the coast, but had trouble getting any replies or attention.

Then, after getting word of the brand new N.C. Military Business Center, he recognized a common goal and pursued a chance for collaboration.

"I went up to Scott [Dorney] and I said, 'We've got all these programs in the state, and there's a couple billion dollars of military construction coming to Camp Lejeune, Cherry Point and Fort Bragg. Is that something you guys are interested in?' And Scott looked at me and he said, 'We are now,'" Angell said. "That started this 15-year relationship with Scott and the Military Business Center, and they have been the best advocate for the state of North Carolina in talking to the agencies that buy equipment, buildings and designs for Fort Bragg, Seymour Johnson, Camp Lejeune and Cherry Point."

"When they show up on behalf of the governor and the General Assembly of the State of North Carolina, they don't get swatted away like I was," Angell continued. "People listen and they've just been amazing at accomplishing that."

The NCMBC has several effective tools to help local businesses dip their toes in the waters of federal contracting, including their MatchForce.org software program. This state-sponsored program matches businesses across the state with government contracts and purchasers that would be a good fit for the services they offer. For Dorney, the real power comes from the people behind the scenes.

"The biggest resource we have is our people. We have business development offices across the state that are staffed by people who have 25 or 30 years of government contracting experience, either as government contracting officers who've been reading proposals and awarding contracts, or on the business side, bidding on federal contracts," Dorney said. "If a company's going to bid on a contract, we can put a team together to help them that's second-to-none with the experience that we have. It's a dedicated staff, and they want to share that experience to help companies win and help the state move forward."

In the years since the NCMBC started, assisted businesses have won more than 3,000 federal contracts, contributing millions in state tax revenue and boasting a 36:1 return on investment. Thanks in large part to the work the NCMBC has done, North Carolina has risen in the nationwide federal contracting ranks — up four spots since 2004, now standing at 23rd.

Moving forward, Dorney hopes to crack into a spot in the top 15. In the meantime, Dorney knows there's only one way to make that happen — by continuing to bring opportunity and growth to businesses all across North Carolina.

"Scott and his people are out there everyday fighting for us, gathering information, getting that intel, and putting it on their websites. It's just a lifeline for those of us that are locked down right now. Having a resource like the Military Business Center gives us comfort that we're not going to miss something big," Angell said. "It's all about the more we know, the more specific we can be with our proposals, and I believe it's a win-win. That's what the value is of a Military Business Center. When we are able to communicate government to industry and we have a better understanding of what they want and they have a better understanding of what we can provide, then we do a better job of buying and selling."