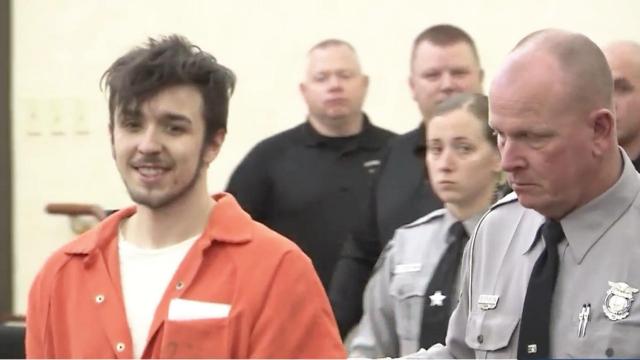 Greensboro, N.C. — A North Carolina man was sentenced Friday to 30 years in federal prison in a case that started with a high-speed chase in Orange County during which shots were fired at a State Highway Patrol trooper.

Tyler Lloyd Grantz, 21, of Kernersville, was convicted in February of possession with intent to distribute various drugs, possession of a stolen firearm and using a firearm during a drug trafficking crime.

On March 5, 2019, Trooper Evan Dix was trying to stop a 2008 GMC SUV that was going about 100 mph on Interstate 40, and the driver of the fleeing vehicle fired several shots at the trooper's cruiser, authorities said.

After the SUV crashed at the New Hope Church Road exit near Hillsborough, the driver fired several more shots at Dix before fleeing into some nearby woods. A manhunt involving at least 100 law enforcement officers, K9s and drones ensued, and Grantz was captured in the woods several hours later.

'I hope he changes his life around': Trooper reacts to suspect firing shots at him on I-40

Both the SUV and a handgun found in the vehicle had been reported stolen, authorities said.

"Let the 30-year sentence in this case put violent drug dealers on notice. If you are using guns to help your drug business and if you shoot at a cop, you will suffer serious federal consequences," U.S. Attorney Matt Martin said in a statement.