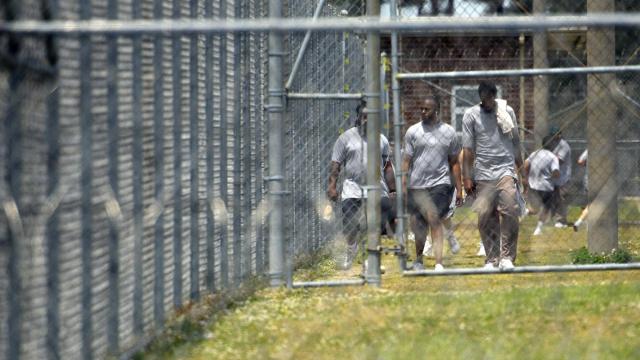 Raleigh, N.C. — A North Carolina judge may bring in an expert to weigh in as the court watches over the state prison system's response to the coronavirus pandemic and its implementation of court orders dictating safety measures.

But Wake County Superior Court Judge Vinston Rozier Jr. seemed Friday to caution groups pressing him to crack down on the system, indicating that he may not go as far as they'd like. They accuse the state of failing to keep to Rozier's orders when it comes to prison conditions and of misleading the public about their efforts.

An attorney for the state called the accusations "offensive" in the face of good-faith efforts during an unprecedented pandemic.

At a Friday morning hearing held through video conference, Rozier pondered a request from the NAACP, the ACLU and others to bring in a "special master," an expert the groups want to review inmate cases and consider early releases from prisons around the state.

The state has approved some releases, letting people serve out sentences at home, but not in the numbers it would take to make social distancing realistic in state correctional facilities, attorneys for the ACLU and NAACP argued.

Rozier said he was considering a step like that, but that the expert would be more of a liaison than a decision-maker. He said to expect more direction soon but didn't lay out a timetable.

Rozier ruled in June that groups bringing the suit could likely prove conditions in the state's prisons are unconstitutional. As the case works through the system, he put a series of conditions in place, and he said last month that the state was failing to meet them.

Elizabeth Simpson, who represents the plaintiffs, said Friday that the state continues to use solitary confinement in place of medical isolation, leaving prisoners without access to cold water, sunlight, conversation or exercise.

She took issue with the prison system's transfer policies and said inmates fear retaliation if they complain about conditions.

"What happens behind these prison walls can only be tolerated because most people never see it," Simpson said.

Whitley Carpenter, another attorney in the case, said prisoners don't have enough masks and that quarantines for people who test positive often mean 23-hour-a-day lockdowns in dormitories that aren't air-conditioned.

Orlando Rodriguez, an attorney for the state, said much of that argument was based on anonymous accounts. Problems, he said, are isolated cases, "not evidence of some systemic or system-wide lack of compliance."

Among other things, Rodriguez said, the state has teams making unannounced visits to make sure prison officials comply with Division of Prisons policies and the court's orders.

Carpenter and Simpson pushed back against the suggestion that their concerns were overblown.

"The fear is not made up," Carpenter said.

The big ask for the ACLU and other groups is that the state significantly expand its "Extended Limits of Confinement" program and let more people finish their sentences outside prison walls. Carpenter ticked through the stories of inmates who fear they will die in prison.

The state says 10 prisoners have died in custody from COVID-19.