New York — On Thursday, NC Attorney General Josh Stein joined others from the 50 states and the District of Columbia along with 12 major phone companies to ramp up the fight against illegal robocalls.

Stein and several other attorney generals and cell phone companies rolled out a plan to add more call blocking technology, new systems to help label calls as "spam" or real and make anti-robocall tools free. Bandwith, based right here in Raleigh, is working with the Attorney General in the battle against the calls.

"We work hard to fight off robocalls because no American wants robocalls," said Chris Matton of Bandwith. "We don’t want robocalls, we don’t make money off robocalls and the entire industry collectively wants to fight it." 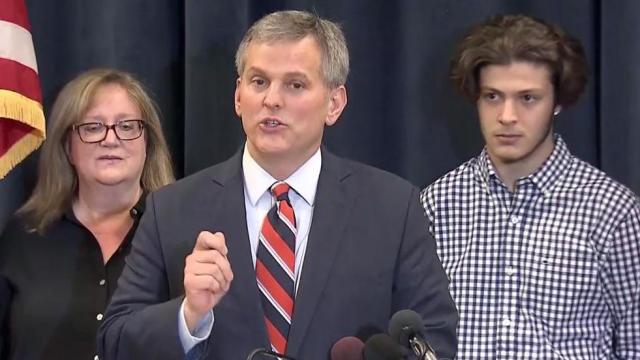 "A great aspect of what we're trying to do today is shine a bright light on this sordid industry that exists in the darkness," North Carolina Attorney General Josh Stein said Thursday at the National Press Club. "With all these commitments that telephone companies are making, we will have much greater ability to know who it is that's breaking our laws."

The Associated Press reports this is the latest step from government and industry to combat the growing problem. Americans get nearly 5 billion automated calls from scammers, telemarketers, debt collectors and others every month.

Parts of the agreement echo steps already taken by regulators and Congress, which is working on anti-robocall bills.

WHAT STEPS ARE BEING TAKEN

According to the agreement, the companies will offer call-blocking tools for free to customers, with the exception of those who still use old copper landline phones (where it's more difficult from a technical standpoint). Many of the major companies already offer this, although some charge for some or all of the services. That includes landlines.