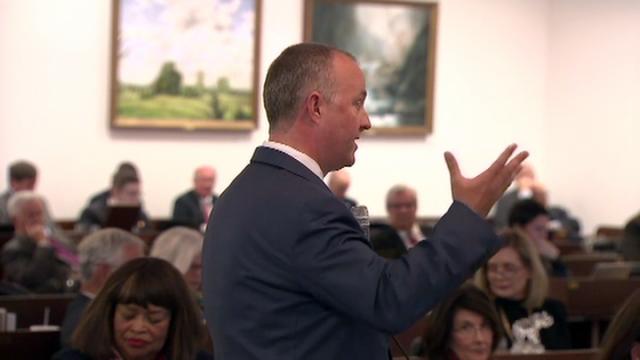 Jackson, D-Wake, won re-election last week to his seventh term in the General Assembly, and he plans to continue representing Wake County in the House. But he won't remain in leadership after Democrats failed to eat into the Republican majority in the House in the recent elections.

"I do take responsibility, of course, for us not picking up seats," he said. "We've got a lot of leaders in our caucus, and it's time to give somebody else a chance."

Jackson said he's gotten encouragement from many in his caucus since last week's disappointing election, when Republicans picked up a handful of House seats despite heavy spending from Democrats trying to flip control of the chamber and the Senate.

House Republicans widened their majority slightly but did not recapture the veto-proof majority they had before 2018.

Jackson also said he expects his first grandchild to be born next month and that his only plans for now are to "focus on her."

Rep. Robert Reives, D-Chatham, who has been a deputy leader for the caucus, confirmed Friday he will be a candidate for minority leader. It's not clear how many others will run.

"I think that Darren has been an amazing leader," said Reives. "He has always put first and foremost the concerns of the people of this state. ... He has gone above and beyond what anyone could ask."

This is a breaking news item and may be updated.