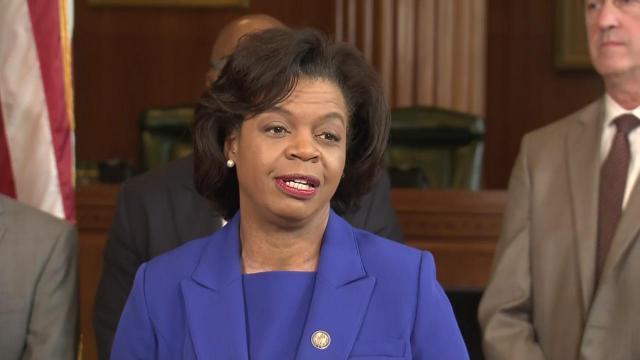 She released a statement sharing her thoughts on the transition.

“Today, I called Justice Newby to congratulate him on winning the election for Chief Justice of the North Carolina Supreme Court. I offer my very best to him and his family as he moves into that new role."

She shared her enduring gratitude for her volunteers, staff and supporters.

"Their impact will echo far beyond a single year, campaign, or election. For that, and so much more, I am grateful," she wrote.

She said she hopes the values of advocating for equity and applying the tools of justice for the cause of equality continue to define North Carolina's highest court.

NCDP Chairman Wayne Goodwin released a statement in response to her concession, saying, "Chief Justice Beasley broke new barriers and helped create a more just courts system that put people first and always sought to ensure every North Carolinian equal access to the law. [We] know she will continue to play an integral role in moving our state forward."

"To serve this state and the people of North Carolina has been the greatest honor of my life," she wrote.

While some leaders bid Beasley goodbye, others welcomed and congratulated Newby.

“Congratulations to Paul Newby for being elected as the Chief Justice of the North Carolina Supreme Court," said NCGOP Chairman Michael Whatley. “North Carolina Republicans made history by sweeping every statewide judicial race."

Tim Moore, the North Carolina house speaker, released a statement thanking Beasley for her years of service to the court system and congratulating Newby on his win.

“I want to thank Chief Justice Beasley for her years of service to North Carolina and I look forward to working with Justice Newby on the administration of our state courts system," said Moore.