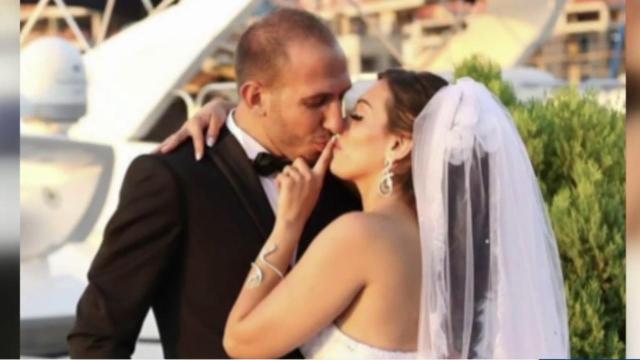 Raleigh, N.C. — A North Carolina family had been holding out hope that their relative, Joe Andoun, survived the explosion in Beruit on Tuesday

Andoun, along with several other co-workers, was stuck under piles of concrete since Tuesday after the deadly explosion. Andoun’s sister-in-law Rita Griep said the search and rescue effort began not long after.

According to social media posts from Griep, Andoun's body was found Friday.

"When you realize that he was only 36 years-old, married for five years, has two daughters ages 1 and 5, and wanted to move to America to live with his family..." she wrote on her Facebook.

"When he was just days away from getting a legalized passport... that's when it hurts more," she wrote.

Andoun answered two phone calls in the time before he died and after the blast. Crews were unable to ping Andoun’s phone and didn't have the right machines to lift the heavy debris.

Andoun's family also learned on Friday that his best friend, Joe Akiki, was found dead under rubble, holding on tightly to his cross.

“They're just searching, pushing through past the rubble, and we're hoping Joe shows up,” Griep said on Friday before the Andoun's passing.

Two other co-workers were also found, but their condition was unknown.

The Triangle Lebanese American Center in Raleigh has raised over $11,000 since Friday, hoping the funds can help with rescue efforts and rebuilding in Lebanon.

“We have started this GoFundMe account to specifically help families like these and families in the area, because that’s terrible, and I can’t imagine the experience that they’re going through right now,” said Sima Haidar with the Triangle Lebanese American Center.

The family set up a GoFundMe to support the Andoun family.