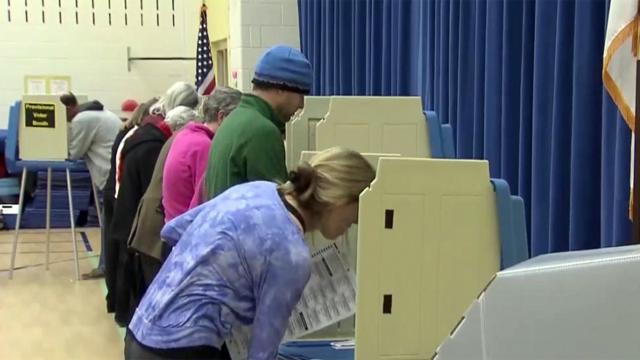 Raleigh, N.C. — The State Board of Elections will meet Sunday evening for a certification vote on what new voting machines will be allowed in North Carolina.

The long-delayed decision will follow a demonstration of the various options from companies hoping to do business, or more business, in the state.

Local boards of election decide what systems to buy, but the state board has to decide first whether various options meet state requirements.

"If they meet the statutory requirements, they're to be certified," Board Chairman Robert Cordle said Tuesday.

The board plans to meet at 5 p.m. in the Triangle Ballroom at the Cary Embassy Suites on Harrison Oaks Boulevard in Cary, not in the usual meeting room at the board offices.

Several things are up in the air right now for the 2020 presidential elections:

Activists are concerned that the state board will certify machines that don't produce hand-marked paper ballots, which they see as less secure. Some of the options being weighed produce paper ballots that record a person's vote via barcode. The main concern there is that people can't read barcodes,.

The League of Women Voters has pushed back against these systems, as have others, including Josh Lawson, who until a change in leadership earlier this year, was the state board's lead in-house attorney.

In addition to the demonstration and the certification vote, the voter ID rules that absentee-by-mail voters will face in coming elections are also on the board's Sunday agenda.