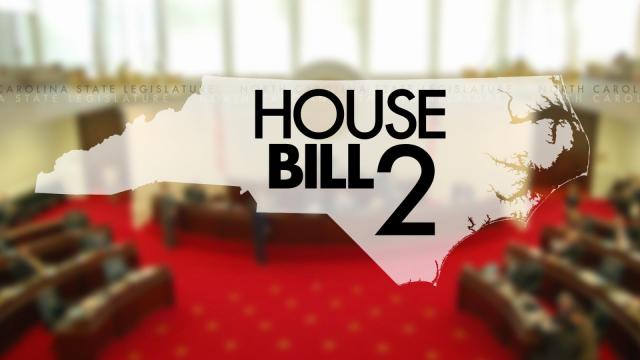 House Bill 2 requires transgender people to use public bathrooms that match their birth gender. But the North Carolina Department of Public Instruction has not offered any guidance to the state's 115 public school systems about the law or its possible impact on transgender students.

"That is a local question," said DPI spokeswoman Vanessa Jeter. "They seem to be handling bathroom issues well at the local level."

It's unclear exactly how many transgender students are enrolled in North Carolina public schools because DPI does "not collect data at this time," according to Jeter.

Attorneys for the Wake County Public School System are reviewing the law and recent developments to determine "what impact, if any, it has on our school system," according to spokeswoman Lisa Luten.

"Just because they make a request doesn't mean it's granted," Luten said.

Some requests have been granted in the past, but Luten was not able to say how many because the district does not keep data on that. She also was not sure if any transgender students are currently using bathrooms matching their gender identity. She would need to contact every school to find out, she explained.

In Durham Public Schools, House Bill 2 has not changed the way they handle bathroom usage, according to spokeswoman Chrissy Deal.

"We advise principals to work with the student and family individually to find a restroom he or she can use privately," she said. "The solutions may vary by school, but we leave that to the principals and team at the school. This is how it was handled prior to HB2 as well."

Although the solutions may vary, Deal says transgender students have never been allowed to use bathrooms matching their gender identity. Instead, schools may let them use a single-person bathroom or staff bathroom.

"We had been having this conversation before HB2 passed. We had a lawyer come in and give advice to our principals. We were beginning to see students come in with different levels of discomfort," Deal said. "Students' comfort, respect and dignity are at the top of our list of priorities."

The Durham County Board of Education has been vocal in its opposition to House Bill 2. Board members passed a resolution in April that called for the law to be repealed, saying that they oppose "discrimination, prejudice, homophobia, and transphobia."

Since House Bill 2 was passed, education leaders have been waiting to see whether North Carolina will lose federal education funding because of it.

The state receives an estimated $4.5 billion in federal support each year for schools, roads, the environment and other programs, and such funding could be at risk if the government believes the state is flouting federal law.

Public schools alone account for about $1.4 billion in federal funding to the state. Bill Cobey, chairman of the State Board of Education, said losing that money would hurt the students who need the most support.

For example, more than 750,000 North Carolina students last year benefited from the program that subsidizes school lunches so that students from low-income families can eat lunch for free or at a reduced price, which received $505 million from the government.

The Every Student Succeeds Act, the successor to No Child Left Behind, provides $534 million in federal funds to the state to help low-income schools, as well as support English as a second language programs and education for homeless children.

The government also provides $306 million for special education programs through the Individuals with Disabilities Education Act and $32 million for career and technical education.