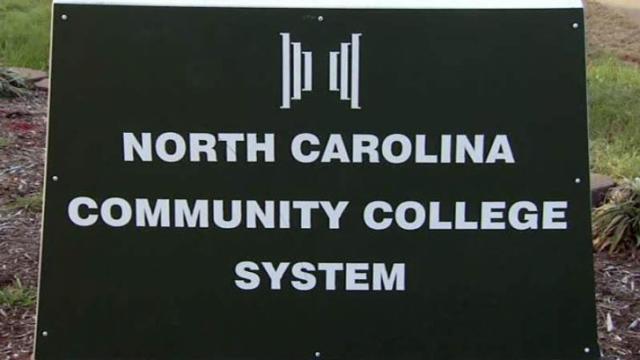 RALEIGH, N.C. — North Carolina's community college board is moving ahead with a rule allowing schools to refuse admission to students who campus officials consider a threat.

The board voted Friday to give schools in the country's third-largest community college system the ability to bar students who appear to pose an imminent and significant threat.

Community colleges board member Stuart Fountain says the change is an attempt to balance safety with the open-door nature of the two-year schools.

"The individual incident that most triggered all of this a year ago had to do with someone actually threatening an admissions counselor," Fountain said, noting that he didn't remember which campus was involved in the incident.

"That was the type of question that we were getting from our college presidents, saying that, 'Hey, we need some help here," he said.

The state's 58 campuses already have the authority to suspend or expel students to protect others.

Disabilities groups and the American Civil Liberties Union say they will monitor how the policy is applied. They say they worry people with mental and physical disabilities will be hurt.

Community college leaders said that, under the new rules, they would have to provide a detailed reason for rejecting someone considered a safety threat.

The admissions policy must still be cleared by a state rules review board. It is likely to go into effect next year.