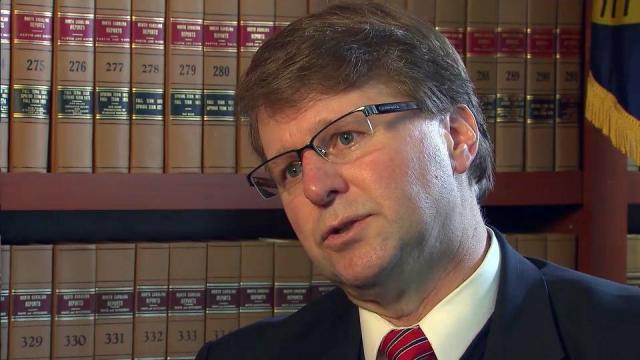 The resignation means Democratic Gov. Roy Cooper gets to decide who fills the Republican's seat on the court and who the next chief justice will be. Five of the seven current Supreme Court members are registered Democrats.

The long-standing tradition calls for appointing the senior associate justice when there is a vacancy in the top post, which would mean republican Paul Newby is in line to become chief justice.

Martin told The Associated Press on Friday of his decision to resign the chief justice's post at the end of February. He's held the post since 2014 and will become dean of Regent University law school in Virginia Beach, Virginia.

Martin tells the AP he's still young enough at age 55 to do something different and wanted to work with young people seeking to make a difference in the world.

“It has been the highest of honors to serve the people of North Carolina as their chief justice,” Martin said in a statement. “It is now time to direct my focus to helping prepare the next generation of leaders.”

Martin became the youngest justice in the history of the Supreme Court when he joined the court in 1998 at age 35. He was named chief justice in 2014.

During his tenure, he created a blue-ribbon panel to suggest ways to improve the criminal and civil court systems in the state, and he backed the effort to stop trying 16- and 17-year-olds as adults for most crimes.

Regent University is the former Christian Broadcast Network University founded by television evangelist Pat Robertson. Robertson remains the chancellor of the school. The name of the school changed in 1990, but Robertson still broadcasts his weekly "700 Club" program from its studios.