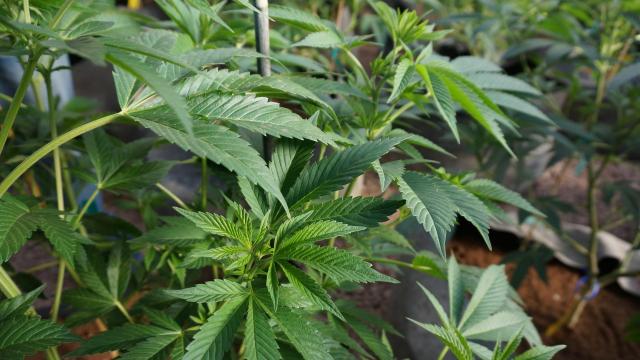 The bill as filed also lays out findings, attributed to the General Assembly, including that "modern medical research has found that cannabis and cannabinoid compounds are effective at alleviating pain, nausea and other symptoms associated with several debilitating medical conditions."

The measure wouldn't legalize recreational use and says it would still be illegal to drive while under the influence.

Measures like this have been brought up for years in the North Carolina legislature without gaining traction, even as similar measures – and the outright legalization of recreational use – moved forward in other states.

Neighboring Virginia voted to legalize recreational use earlier this year, initially with a start date in 2024. On Wednesday, the Virginia General Assembly voted to move that up, legalizing possession starting this July.

This year's North Carolina bill has a powerful sponsor: Sen. Bill Rabon, R-Brunswick. As chairman of the Senate Rules committee, Rabon has a lot of say over what bills move forward in the North Carolina Senate and which ones don't.

An attempt to reach him Wednesday evening for comment was not successful.

The measure has bipartisan sponsorship, with two Republicans and two Democrats signed on, including Sen. Paul Lowe, D-Forsyth.

"We've got to use something other than opiates to deal with the pain issue," Lowe said in a brief telephone interview. "That’s the bottom line.”

The bill says it's not intended to change other civil or criminal laws on marijuana, just rules on medical use. It would set up a licensing structure for growers, suppliers and ultimately stores that would sell to patients with registration cards issued by the state.

Senate President Pro Tem Phil Berger, who leads the Senate Republican majority, wasn't high on the issue's prospects last week when asked about similar legislation pending in the House, saying he sees more support for decriminalization of some amounts of marijuana than legalization.

"I really don't see the support for legalizing the use, recreational or medicinal, quite frankly, but we'll have to see," Berger said. "I do think public sentiment on that has been changing over the past few years."

It's not yet clear how Rabon's support alters things in the Senate.

"It's not a bill that I would introduce," Berger said last week, again speaking of bills pending in the House. "We'll just have to see whether the bills in the House get over here and what folks in the Senate feel about it."