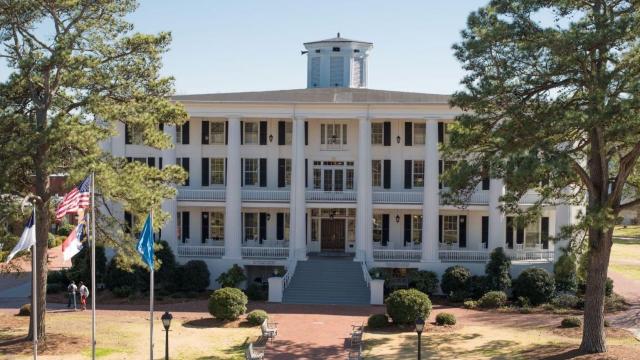 Murfreesboro, N.C. — A private university in North Carolina has renamed its athletic facility because of former U.S. Sen. Jesse Helms’ opposition to civil rights, according to NBC affiliate WITN.

The Chowan University Board of Trustees has renamed The Helms Center as the Hawks Athletic Center, after the school’s mascot.

Helms, who represented the state in the Senate from 1973 to 2003, who a conservative icon who opposed civil rights, racial integration and gay rights.

"One of the important cornerstones of a University is academic freedom, where ideas should be openly discussed and debated, allowing both sides of an issue to be heard," according to a message from the Board of Trustees posted on the Chowan University Facebook page.

"The new name of the athletic center is in recognition that the building has had significant renovations in recent years, and is a central building for our Hawks competition," the Facebook post said.