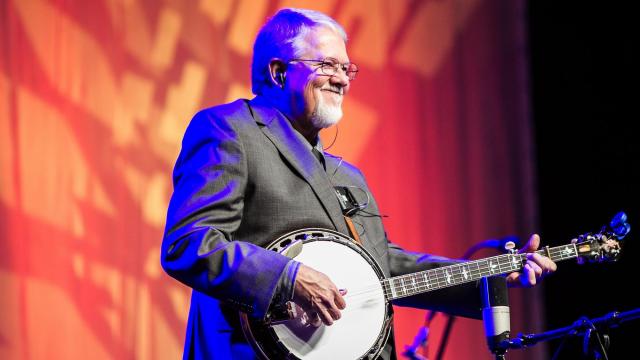 Raleigh, N.C. — North Carolina's own Balsam Range is nominated for Entertainer of the Year at this year's International Bluegrass Music Association Awards.

The IBMA on Friday announced its nominees for the annual awards, which will be broadcast on SiriusXM's Bluegrass Junction station on Oct. 1.

Balsam Range is competing against Billy Strings, Del McCoury Band, Doyle Lawson & Quicksilver, Sister Sadie and Special Consensus for Entertainer of the Year. There are six nominees this year due to a tie in voting. Balsam Range, which is from Haywood County, N.C., won the award in 2018. This is the first nomination in the category for Billy Strings, Sister Sadie and Special Consensus.

For the past seven years, the awards have been held in Raleigh as part of the IBMA World of Bluegrass. Due to concerns about the coronavirus, festival directors made the decision to make the six-day event virtual.

World of Bluegrass -- concerts, conference, awards -- will be online-only this year
SUGGEST A CORRECTION