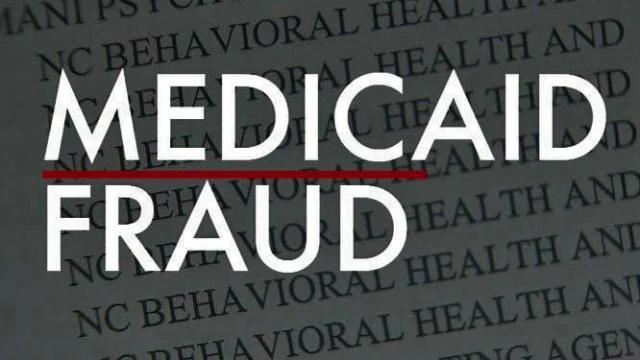 The audit found the state recovered over-payments at a rate much lower than initially projected for contracts with IBM and SAS Institute and another firm.

Watson said the IBM software alone had helped identify close to $200 million in questionable billings. There's no guarantee the state will recover much if any of that money.

Legislators said they were surprised by contract language that allowed firms to get paid even if funds weren't recouped. North Carolina has paid more than $23 million for fraud detection software and services, and the results have not met projections.

"These contracts just have poor clauses in them that are recognizable by the average layperson," Wood said.

One example is the contract with Public Consulting Group. The state pays PCG a percentage of any potential Medicaid fraud it identifies, whether or not any actual fraud was committed. Wood says that's an incentive to PCG to inflate its findings.

"We've had some complaints from providers that they're about to be put out of business because of all the time they've had to spend to prove that they really haven't committed fraud," Wood said.

Wood said one Medicaid vendor had been accused by PCG of submitting $1.34 million in questionable claims. A secondary DHHS review found the company was only liable for $22,000 in repayments.

Still, Wood says, the consultant was paid a percentage of its inflated estimate of $1.34 million. "There was no evidence that an adjustment was made to the payment made to PCG," she added.

Watson says he is addressing the problems with PCG and has made changes to other contracts, too. PCG did not respond to WRAL's request for a comment.

Watson says the upfront investment will pay off in the long run. North Carolina is the first state to try the fraud detection partnership.

"You've got to figure out, how do you create the right incentives when you're doing these kind of public-private partnerships to get the outcomes you're looking for?" Watson said.

Wood says the state needs better oversight over contracts. Most contracts are signed by agency heads with very little outside review, she said.

"We’ve got state agency heads who enter into contracts all day long, and the bottom line is, it’s no skin off their back if the contract goes bad and there's fraudulent spending as a result of the contract," Wood said. "It falls back on the citizens of North Carolina."

Lawmakers could introduce stricter guidelines for oversight of state contracts in the next session.