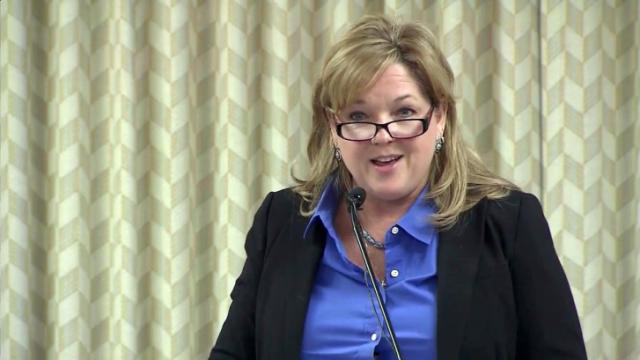 Raleigh, N.C. — The state's top prosecutor faces a challenge from a woman who's made a career of investigating wrongful convictions.

Christine Mumma announced Friday that she plans to run for North Carolina Attorney General against incumbent Josh Stein, a Democrat and former state senator. Mumma is executive director of the North Carolina Center on Actual Innocence, which works to get wrongfully convicted people out of prison.

Stein won the seat in 2016 by narrowly defeating former state Sen. Buck Newton, a conservative firebrand who put the controversial House Bill 2 at the forefront of his campaign. Newton defended the bill, which required people to use public bathrooms corresponding with their birth gender, and lost to Stein by less than 1 percentage point.

Mumma will have to defeat Jim O'Neill and Sam Hayes in the Republican primary before taking on Stein. Her campaign appears to be in its infancy.

When the candidate filing period ended at noon Friday, Mumma's campaign finance disclosures weren't immediately available on the State Board of Elections website. On Twitter, her campaign account accused Stein of focusing not on the job but on being "the next Governor."

Stein hasn't announced any plans to run for governor.

The tweet posted a press release, which says Mumma plans to spend $250,000 of her own money on the campaign.

"It’s time for a Conservative fighter who has real-world experience," the press release says. "I’m the only candidate who will stand up for the rule of law and enforce President Trump’s policies on immigration, defend the sanctity of life, and safeguard the 2nd amendment."

The press release mentions her work representing nine people who were released from prison after being exonerated. It doesn't mention that she was given a soft reprimand by the North Carolina State Bar in 2016 for violating an ethics rule.

Friday afternoon, Stein said in a press release that he's running for reelection because he loves his job.

"We’re fighting the opioid epidemic, ending the backlog of untested sexual assault kits, protecting kids from sex abusers, holding corporate bad actors and polluters accountable, and taking on robocallers and other fraudsters," he said. "But there’s always more work to do. So I’m asking voters to hire me again for another four years."