Raleigh, N.C. — The president of the North Carolina Association of Educators said what started as a group of a few hundred teachers fighting for more funding has now ballooned to historic estimates.

Tens of thousands of teaches and advocates are now expected to march through the state capitol demanding better pay and conditions.

WRAL News obtained a city permit that gives insight into what can be expected.

With tens of thousands of people expected in downtown Raleigh, he said no detail can be overlooked. 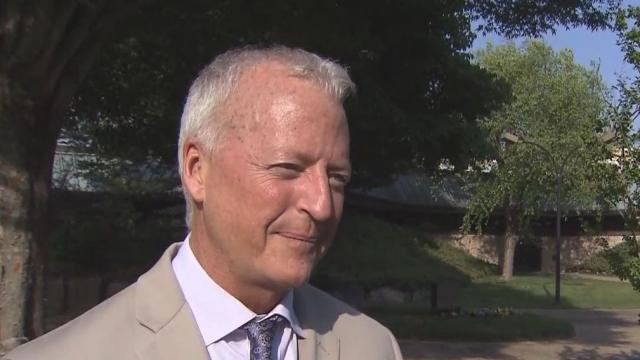 “We’ve worked in everything from water breaks to bathrooms,” he said.

The application for the NCAE to use Bicentennial Mall was approved on April 19. At the time, it was indicated that only around 500 people were expected to attend.

School districts closing on May 16

Since then, 37 school districts in the state have announced they'll close schools that day. As result, Jewell says participation numbers have ballooned.

Jewell said the organization is in touch with law enforcement about the logistics.

It will be a long day with advocates gathering well before 10 a.m. and ending after 4 p.m.

The group will start at the NCAE Center on South Salisbury and then march down the sidewalks of Fayetteville Street. Jewell said they will end at Bicentennial Plaza in front of the legislative building.

He said details for procedures and safety measures are carefully being finalized.

“There’s some metal detectors there, so we’ll have to have single file to go in there, and that’s going to take some time, but we think we’ll be able to fit about 3,000 people in there, and once one leaves, we’ll pull another one in,” he explained.

Jewell said the group did not choose Halifax Mall because another organization already reserved the space for the day.