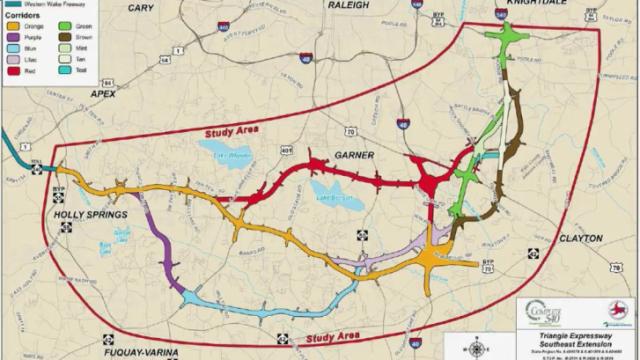 RALEIGH, N.C. — The North Carolina Court of Appeals says the state transportation department must pay some landowners whose property is in the path of a proposed road in Forsyth County.

A three-judge panel of the court ruled Tuesday that a lower court was wrong to refuse to hear a lawsuit by 11 landowners who said the state's designation of their land in the proposed road's path hurt their property values.

There is no indication when the road might be built.

The 11 landowners say the state's designation of their property in the path of the planned road limits what they can do with the land.

The state Attorney General's Office is consulting with transportation officials on the ruling before deciding whether to appeal to the North Carolina Supreme Court.

Several Wake County landowners in the protected corridor for the future N.C. Highway 540 toll road have filed a similar lawsuit, saying slow movement on the highway has held them hostage for years, not being able to upgrade or sell their properties.