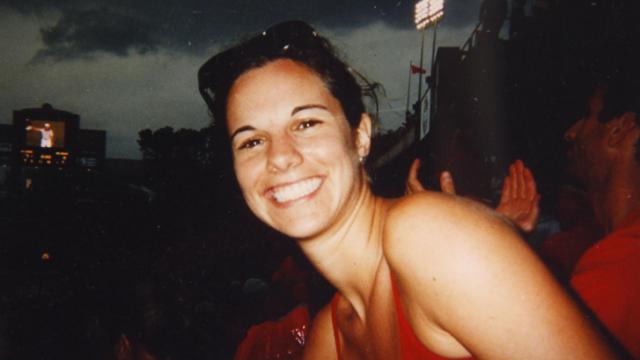 Raleigh, N.C. — The North Carolina Court of Appeals on Tuesday ordered a third trial for a man convicted of murdering his pregnant wife in their Wake County home seven years ago, saying a judge should not have allowed evidence about a wrongful death lawsuit.

Jason Lynn Young, 39, is serving life in prison for first-degree murder in the Nov. 3, 2006, beating death of Michelle Young, who was five months' pregnant when her sister found her body in a pool of blood in the Youngs' bedroom.

He originally went to trial in 2011, but Superior Court Judge Donald Stephens declared a mistrial after a jury deadlocked on a verdict. Prosecutors won a conviction on March 5, 2012, during a seven-week retrial.

Jason Young's appeal focused on several decisions Stephens made during the second trial, including testimony about the judgment in the wrongful death case.

In the civil case, Stephens ruled that because Jason Young failed to respond to the complaint by his late wife's mother, he conceded a civil judgment that held him liable in Michelle Young's death.

Civil judgments generally have no impact on criminal proceedings.

In its 58-page opinion, the three-judge appellate panel wrote that testimony about the judgment – as well as similar testimony regarding a custody lawsuit involving the Youngs' daughter Cassidy – "severely impacted" Jason Young's ability to receive a fair trial.

"Defendant's presumption of innocence was irreparably diminished by the admission of these civil actions," the appeals opinion stated. "This is similar to the prejudice that a jury has when it learns a defendant is previously convicted of charged offenses."

The opinion also notes that Stephens' instructions to jurors "did not explicitly prohibit" them from using the civil cases "as proof of Defendant's guilt in the criminal case."

The Appeals Court, however, found no error in two other issues in Jason Young's appeal.

One had to do with daycare workers' testimony about Cassidy's behavior, in which she appeared to re-enact her mother's attack several days after the murder.

The other issue centered on whether Stephens properly instructed the jury that it could consider Jason Young's failure to talk to friends and family "as substantive evidence of guilt."

"We disagree and find that the instruction was proper," the judges wrote in their opinion.

The Appeals Court's order for a new trial was unanimous, which means the state has the right to petition the North Carolina Supreme Court to review the case.

Calls to Michelle Young's family were not immediately returned Tuesday, and members of Jason Young's family couldn't be reached for comment. Defense attorneys in the case declined to comment, and prosecutors were not available Tuesday morning.

Cassidy was 2 years old when her aunt found her in the bedroom with her slain mother and the child's tiny, bloody footprints throughout the upstairs carpet and walls of the family home.

Jason Young, who is incarcerated at Alexander Correctional Institution in Alexander County, has maintained he was away on a business trip in Virginia when someone else killed Michelle Young and that he had no involvement in her death.

Wake County prosecutors, however, argued that the couple's marriage was troubled and that Jason Young wanted out of the relationship.

The night before his wife's death, prosecutors said, he checked into a hotel just over the Virginia border and then drove back to his home and committed the crime before returning to the hotel to continue on with his trip.

An autopsy found Michelle Young had suffered at least 30 distinct blows to her body.