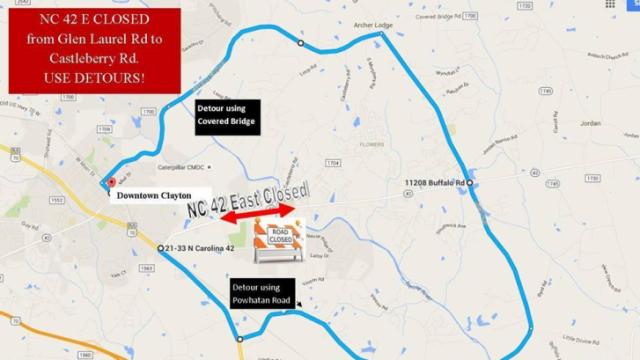 Johnston County, N.C. — N.C. Highway 42 in Clayton reopened early Tuesday after being closed for several hours due to a gas leak.

Just after noon Monday, a contractor for Duke Energy hit an eight-inch gas. N.C. Highway 42 was closed between Glen Laurel Road and the Neuse River, just before Castleberry Road near the Flowers Plantation.

The leak was stopped just after 9 p.m. Monday, but repair continued into the night and concluded at about 5 a.m.

No homes or businesses were evacuated due to the leak.