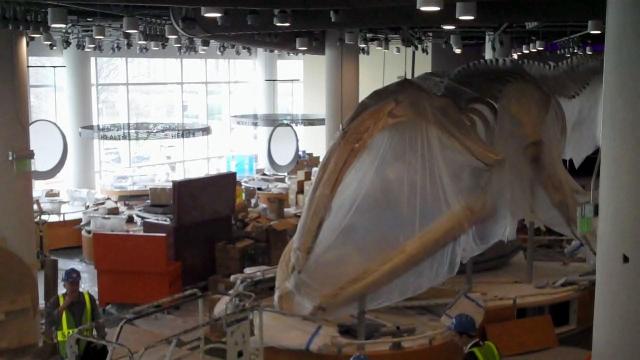 The N.C. Museum of Natural Sciences will be closed for two weeks starting Sunday so staffers can prepare for the opening of its new wing - the Nature Research Center.

The museum in downtown Raleigh will be closed Sunday to April 20. It will reopen at 5 p.m., April 20, along with the new center for a 24-hour opening celebration.

I read about the closure on the museum's website and had to triple check that I was reading correctly. The museum is always open! But, indeed, the closure is planned, I'm told.

The new Nature Research Center, which is attached to the museum in downtown Raleigh is an ambitious effort aimed at showing how scientists of all kinds do their work.

It includes the massive Daily Planet, which will feature nature videos and other programs on a giant screen. There will be a lot of hands-on activities. And while many will appeal to younger kids, the museum also hopes to attract tweens and teens as well. Read more about it in my earlier post.

The center's grand opening will include entertainment; a procession featuring the Paperhand Puppet Intervention; a Burt's Bees bonanza tent (with lots of really great deals on their products); yoga; and more. Click here for the full schedule.