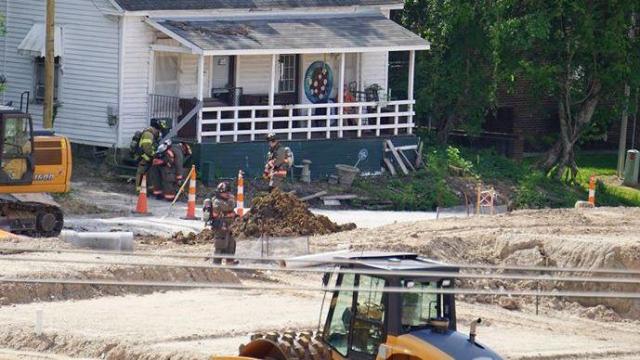 Durham, N.C. — Crews on Wednesday capped a natural gas leak in Durham that prompted authorities to close several streets in the area while officials worked to shut off the gas supply.

The gas leak Wednesday was reported about 10:30 a.m. in the 500 block of S. Duke Street, according to a post on the city's Emergency Management Facebook page.

City officials suspended gas supply to the line about an hour later, and officials said Jackson and Yancey streets at Duke Street were reopened to traffic.

The leak occurred nearly three weeks after a contractor severed a natural gas line that triggered a massive explosion in downtown that left two people dead and several others hurt.

On April 10, a blast shook parts of downtown Durham, killing a coffee shop owner. A worker for Dominion Energy/PSNC employee died of his injuries last week. About two dozen others were injured during the explosion.

City officials have not publicly identified the contractor responsible for striking the gas line.