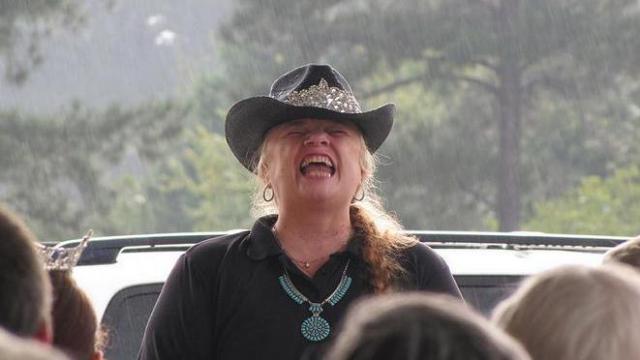 Dunn, N.C. — Organizers for the National Hollerin' Contest, held every year in Spivey's Corner since 1969, have announced that the event will be suspended.

The contest began when radio host Jon Thomas aired recordings of old farm hollers given to him by Spivy’s Corner native Ermon Godwin. According to a press release from the Spivey’s Corner Volunteer Fire Department, which runs the event, many of those who practiced the art of hollerin’ have since passed on.

“These were the men and women that were born and raised in the rural farming communities of southeastern North Carolina, long before telephone service made it easy to communicate over long distances,” the statement said. “Many of them passed this art on to their children and grandchildren, and those successive generations have kept the art alive by competing yearly in the National Hollerin’ Contest.”

Organizers said they have made changes to the event over the last four decades to keep up with modern times and make hollerin’ more appealing to younger generations, with limited success.

Organizers said the decision to end the contest came after thinking about what Godwin, who said in his 1993 book that he never wanted the contest to become a joke, would have wanted.

The Spivey’s Corner Volunteer Fire Department said that although the contest will be suspended, they are considering the option of holding one final National Hollerin’ Contest in 2018 to celebrate the 50th anniversary of the event.