'Natalie Wood: What Remains Behind' celebrates her life, but falters in places 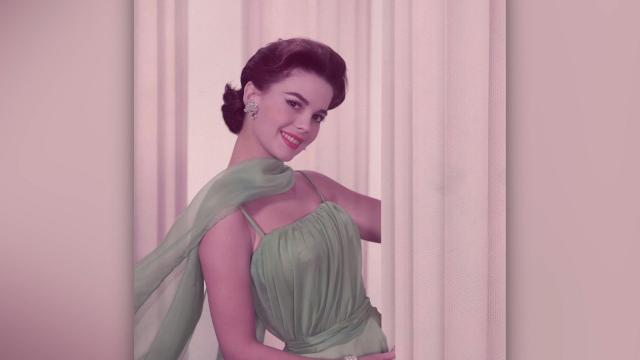 By Review by Brian Lowry, CNN

CNN — Produced by her daughter Natasha Gregson Wagner, "Natalie Wood: What Remains Behind" is lovingly constructed with a child's heart, but falters in places that could have benefited from a journalist's eye. As is, this HBO documentary about the gone-too-soon star feels like a lovely valentine to her mother, but still plays like a Hallmark card where it requires more edge.

Wood was the epitome of Hollywood glamor -- a child star who amassed a trio of Oscar nominations by the age of 25 and married heartthrob Robert Wagner (twice). She also died under confoundingly mysterious circumstances, drowning off the couple's yacht -- on an excursion with Wagner and her "Brainstorm" co-star Christopher Walken -- in 1981, when Wood was just 43.

The speculation about her death has provided tabloid fodder ever since. In 2018, the Los Angeles County Sheriff's Department stated that Wagner remains a person of interest in the unresolved investigation, and that details of his account "don't add up to what we've found."

Gregson Wagner begins by talking about that tragedy in the context of her mother's memory, noting that the public preoccupation with it has "overshadowed her life's work, and who she was as a person."

Director Laurent Bouzereau proceeds to present those aspects of Wood's life, augmented by family home video -- some discovered in a storage unit and not previously seen -- and carefully curated clips from her career, in everything from "Miracle on 34th Street" to "Rebel Without a Cause" to grownup roles in "West Side Story," "Splendor in the Grass" and "Love With the Proper Stranger."

There is also a good deal of time devoted to Wood's personal history: Becoming the family breadwinner as a child; her domineering stage mother; relationships with Wagner and other famous men; and her commitment to raising her daughters, all recounted by family and friends who knew her best, among them Robert Redford, Mia Farrow and George Hamilton.

To that point, it's a heartfelt, deeply personal exercise. Still, Wood's death remains the elephant in the documentary, as it were, and Gregson Wagner's on-camera chat with her stepfather (whom she refers to as "Daddy Wagner") is less an interview than a defense attorney's brief, allowing for his admissions that he had argued with Walken (who had been urging Wood to keep working) and drank too much that night.

"You would have given your life for my mom," Gregson Wagner tells him, expressing anger toward anyone who would suggest otherwise -- a roster that includes Wood's sister, Lana.

It's a shame, but an unavoidable one, that Wood's death still looms so large here, in what's otherwise a warm celebration of her talent and iconic status. Wagner's current wife, Jill St. John, compares her to Elvis Presley and Marilyn Monroe among stars frozen in time.

As Hollywood publicist Alan Nierob notes, the continuing fascination with Wood is partly a product of a celebrity industrial complex that thrives on the scandalous and salacious. "A lot of people have made money off of Natalie Wood's death," he says.

"What Remains Behind" does an admirable job of demonstrating what made Wood special, not just to her daughter, but generations of fans. While the insider access provided by Gregson Wagner's blessing is tantalizing, as is so often the case, that tradeoff comes at a price.

"Natalie Wood: What Remains Behind" premieres May 5 at 9 p.m. on HBO. Like CNN, HBO is a unit of WarnerMedia.