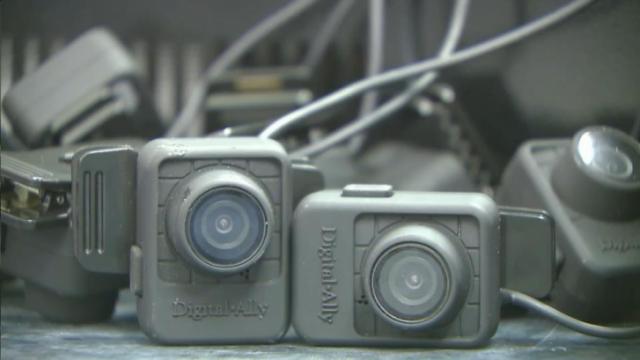 Nash County, N.C. — The Nash County Sheriff’s Office announced Thursday that all deputies will be equipped with body cameras following a year of implementation.

A press release from the sheriff’s office said that 28 cameras were purchased at a cost of $23,000 and were funded through a federal grant.

Authorities said the cameras will record about 16 hours of video.

“We are excited at the opportunity to increase the trust that already exists with our citizens. We have worked hard to have an open door policy and this is part of the openness and transparency that we want with those that trust us to keep them safe,” said Sheriff Keith Stone

Other local law enforcement agencies have considered implementing body cameras including the Durham Police Department, which held several forums in 2015 to get public input on the devices.

“We don’t have legislation that mandates use of guns, cars, handcuffs, pepper spray, Taser, or any other equipment that law enforcement has,” said Caldwell. “That’s what the head of agencies are elected or appointed to manage for their agencies.”