Nashville, N.C. — A Nash County man has been arrested in connection with a drive-by shooting Thursday evening in which a 7-year-old innocent bystander was wounded while she was inside her home, authorities said Friday.

Jhosmin Sandoval, 23, of Spring Hope, has been charged with assault with a deadly weapon with intent to kill inflicting serious injury, discharging a firearm into an occupied dwelling, and attempting to destroy/alter evidence, the Nash County Sheriff's Office said in a written statement. 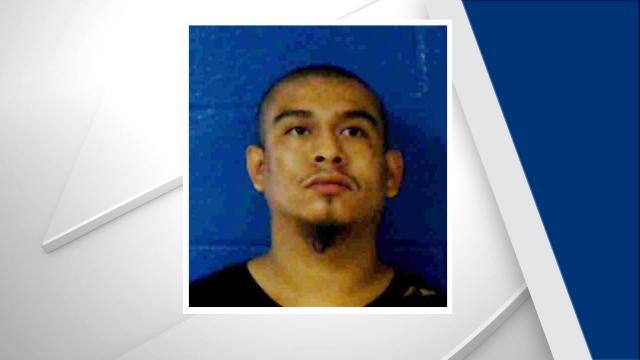 Sandoval was being held Friday at the Nash County jail on a $500,000 bond. He was expected to make a first appearance in court on Sept. 10, authorities said.

Investigators said it appears that the shooting stemmed from an ongoing dispute between Sandoval and someone who lived at the home on Old White Oak Road. But they did not say what the dispute was about.

Deputies were called to a home in the 2000 block of Old White Oak Road about 7:30 p.m. for a drive-by shooting, authorities said.

When they arrived, they found the girl suffering from a bullet wound to her shoulder. She was rushed for treatment to WakeMed, but information about her condition was not immediately available Friday.

While at the girl's home, deputies were dispatched to another call in the 1400 block of Green Road, which is near the home where the initial drive-by occurred.

That call was about a dispute between a mother and son. The deputies who responded to that call determined that Sandoval was the suspect in the earlier drive-by shooting.

He was questioned and arrested, authorities said.